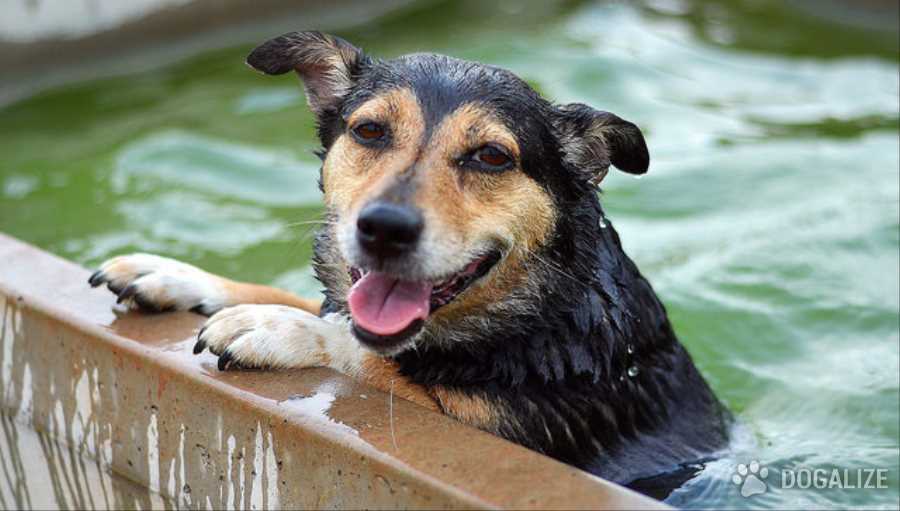 Boy and dog ready to make a splash | Dogalize

Nathan Elsey stands on a dock at Lake Shannon and shakes the cloth-covered stick in his hand as his 3-year-old black Labrador, Trigger, wags his tail.


The scene is most likely played out at many lakes each summer, but for Nathan and Trigger, who live in Hartland, the fun is also work as the pair practices for the Ultimate Air Dogs national dock-jumping competition Thursday and Friday at Purina Farms in Grey Summit, Missouri.

“She goes crazy when I shake the toy,” the eighth-grader explained.

Former Detroit Tigers pitcher Milt Wilcox and his son, Brian Wilcox, began Ultimate Air Dogs in 2005. The organization partners with Purina for the Purina Incredible Dog Challenge, a nationally televised competition.The competitions include multiple divisions in events that measure how far and how fast the dogs jump, which is measured from the base of the dog’s tail. One event, the Catch-It, measures distance but requires the dog to catch a toy in midair for the jump to count.

Nathan’s introduction to the Ultimate Air Dogs organization came at a past Melon Festival in Howell.Sports like basketball or football are difficult for Nathan, who can spend three days of any given week hospitalized due to severe asthma, so his parents, Rick and Lee Ann Elsey, were on the hunt for an activity their oldest son could do and would enjoy.

The family’s first dog, Comet, did not enjoy jumping, but when Rick and Nathan signed up for the Ultimate Air event at Melon Festival, they learned that Trigger would run and jump all day.With one parent holding Trigger at the back end of the jumping platform, Nathan stands near the water and shakes Trigger’s favorite toy before throwing it while his parent lets go of Trigger, who jumps, or dives, off the 40-foot dock and into an estimated 45-foot pool of water.

“Each jump she went farther and farther,” th 13-year-old said.

Trigger is such a natural at the dock jumping, she qualified to compete in the Ultimate Air Games’ Woods-n-Water festival in September in Imlay City.Nathan and Trigger took first place in the junior division and second place overall, missing first place by 400th of a second, Nathan said.


Trigger is ranked among the top 10 in speed in the competition’s Chase It event, Rick Elsey said. The goal is to see how quickly the dog can swim across the pool, and Trigger’s best time is 6.47 seconds, he said.When Nathan is not competing with Trigger, he enjoys fishing and hunting. He hopes to compete in a bass fishing contest within the next year.

When asked, Nathan said one of his best catches was when the family went to the Florida Keys.