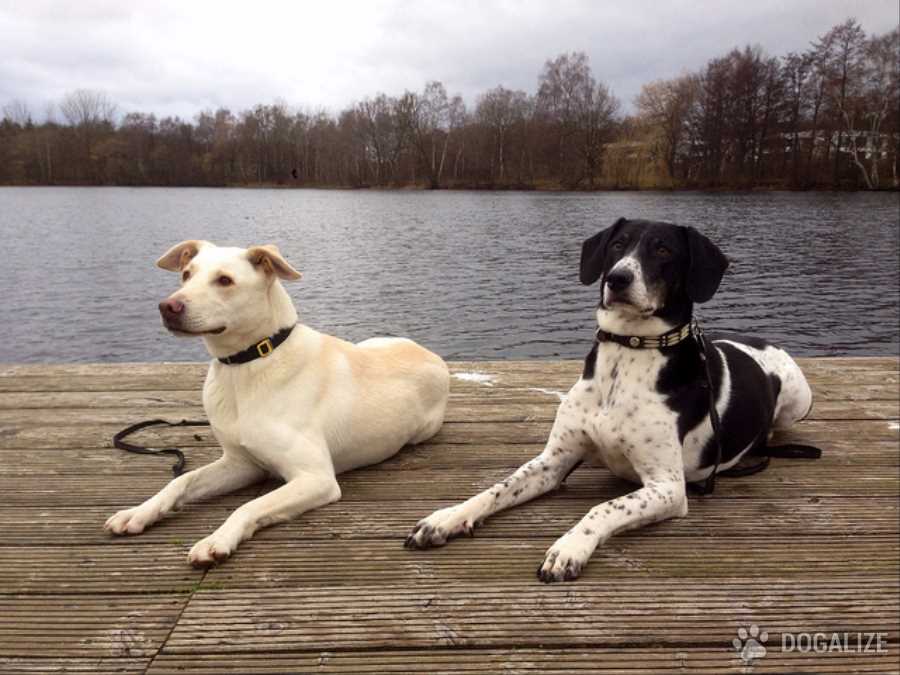 A pair of dogs have a new place to call home after becoming an internet sensation this summer when a picture surfaced of them hugging.

Pups Kala and Keira have a story that started similar to thousands of dogs in need of a forever home at shelters across the country. They were facing euthanasia because of overcrowding and too little funding, but a one-in-a-million opportunity at fame gave them a second chance at a new life!

The famous picture (taken by the Etowah Valley Humane Society): Kala had her paws wrapped around Keira’s neck in a tight hug offering support in a tough environment. Accompanying the photo, shared on Facebook by Angels Among Us Pet Rescue, was the following message:

“She’s so brave and tells me it will be okay no matter what happens. She tells me to be brave too but I don’t know if I can be. Can you see our faces. Keira knows what will happen. You can see it in her eyes. She’s putting on a brave face for sure but I can feel her heart beating fast while I’m clinging to her. If no one saves us, someone will take her away from me. I’ll see her as she goes down the hallway. She won’t come back and I’ll cry.”

Within hours, the puppy post went viral. Since then, several months later, the dogs have both been adopted.

Longtime friends and roommates, Wendy and Pam, saw an article in People magazine about the famous dogs and went for it. Wendy had recently lost her two elderly dogs and when she realized the two pups were still available she said “it just fell together.”

“We turned our tears into smiles with these two young, playful dogs,” Wendy told Angels Among Us.

Kala, an 11-month-old hound mix, and Keira, a 15-month-old boxer mix, are now enjoying their permanent home happily playing together.