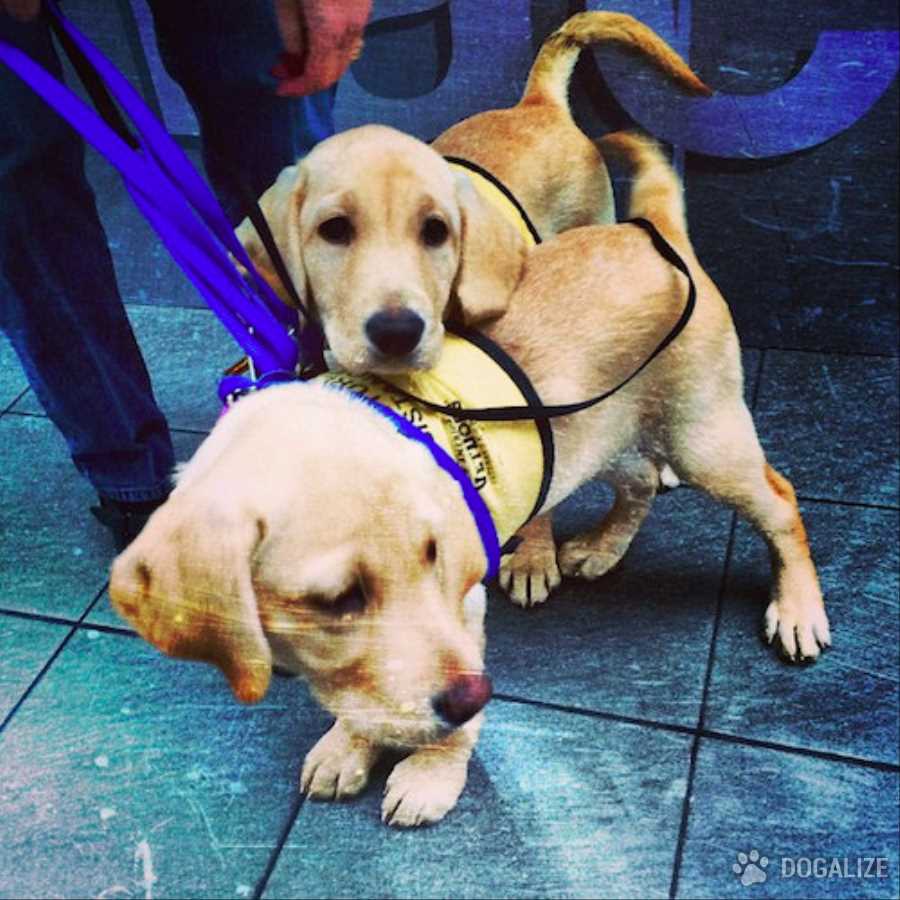 When Sarah Riester presents 13-month-old German shepherd Ocala to a Seymour Library audience Wednesday, the event will be just as educational for Ocala as it is for the audience.

Riester, of Auburn, is a volunteer puppy raiser with Guiding Eyes for the Blind, a Yorktown Heights-based nonprofit that pairs service dogs with the visually impaired.

In that role, she takes in puppies bred by Guiding Eyes from the time they’re 2 months old until 14 to 18 months, teaching them basic obedience and social skills. Whether it’s familiarizing dogs with the sidewalks and traffic noises of downtown Auburn or socializing them with patrons at Seymour Library, Riester’s job is to prepare the pups for service.

Ocala is the second dog Riester has raised for Guiding Eyes. A lifelong Auburnian who majored in biology at Norwich University in Vermont, she’s always had an interest in animals, she said. She’s also worked part-time as a trainer at Petco.

“Being a dog trainer, I saw on a daily basis the bond and what a great relationship people can have with their dogs,” she said.

Though the job prepared Riester for her position as a puppy raiser, it’s not restricted to people with that kind of experience. They can also be single or married, working or retired, she said. In Riester’s case, she also works full-time at Medent.

She called puppy raising something she always wanted to do, and submitted an online application to Guiding Eyes a couple of years ago. Within a few months, she was raising Almond, a yellow Lab who now sniffs out explosives for the U.S. Marshals in Miami.

That’s one thing Riester will note at Seymour Library Wednesday: Not every Guiding Eyes pup goes on to help people with visual disabilities. Guiding Eyes has bred its dogs — 95 percent Labs, 5 percent German shepherds — to have the smarts, health and temperament for service since the organization began in 1954. However, some dogs enter its Heeling Autism Program, some go into the breeding colony and some are simply adopted, she said.

Regardless, saying goodbye to Almond, her first puppy pupil, was tough, Riester said.

“It’s bittersweet,” she said. “It’s exciting to think about what they’re going to become. They do have the ability to give someone greater freedom and mobility, and that makes it worth it. For a lot of raisers, it’s an honor to be a part of the gift.”

Riester took in Ocala about a year ago. She’s supported in her role by her family, who will sometimes watch her dogs if she needs them to, and also Guiding Eyes, whose central New York region meets for weekly classes in the Syracuse area. Another region recently opened in the Wayne County area, she said, so she now has the option of bringing Ocala to classes there. Riester said she is currently the only volunteer puppy raiser in the Auburn area.

Anyone interested in joining Guiding Eyes can learn more about it Wednesday. Those who don’t want to raise puppies full-time can also volunteer to be part-time sitters, which is built into the process in order to teach the dogs to acclimate to different homes. The audience will also learn how to approach a service dog: Don’t pet or speak to them if they’re in a harness and working, Riester said, and otherwise ask the handler what’s OK.

And, if nothing else, those at Seymour Library Wednesday will see how much Riester herself loves being a volunteer puppy raiser.

“I really enjoy it,” she said. “You go into it thinking you’re going to be teaching and raising them, but they end up teaching you.”