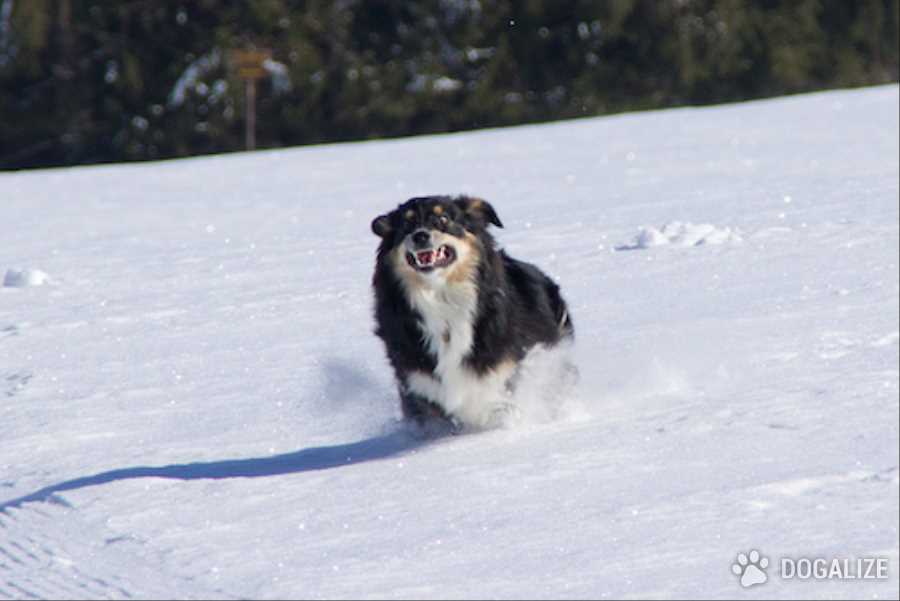 Skiers and snowboarders love snow. So do dogs. When you hit the slopes out West this winter, you may notice Man’s Best Friend riding the lifts, cruising around piggy-back on snowmobiles, running behind a skier, or just chilling out. Take the time to give them a good petting. After all, they are there to save your life.

Virtually every Western (and European) ski resort has a canine staff, a team of highly trained rescue dogs who use their speed, on snow agility and incredible sense of smell to locate buried avalanche victims faster than any known alternative. It is believed that one dog and its handler can do the job of 150 trained human searchers in the same amount of time. For much of skiing history, this canine safety net has been hidden behind the scenes, but resorts have given them an increasingly public persona in recent years – and guests love them.

The good news is that the dogs rarely have any real work to do at the resorts. Although they train hard, “in-bounds” avalanches, within the boundaries of public ski resorts, are extremely rare. In the history of U.S. snowsports, only one skier without an avalanche transceiver has been rescued by a patrol dog within ski resort boundaries, at Wyoming’s legendary Jackson Hole. The dogs spend their time training and serve as resort ambassadors. Many mountains have “baseball” cards for each canine rescue expert, which ski patrollers hand out to children, who then eagerly want to collect them all. At Utah’s Snowbasin, patrollers carry cards for the patrol dogs, and children trying to get them must recite a rule from the Skier Responsibility Code. They pose for pictures and love a good petting, but they also serve a higher purpose, safety education, and at many resorts go out into the community with their patrollers to spread the winter safety message, visiting local schools. At Deer Valley, ski school classes of kids visit the dogs in patrol headquarters. “We show them the dogs and use it as a catalyst to talk about ski safety, what to do if they get separated from their group, stuff like that,” said Ski Patrol Director Steve Graff.

At Colorado’s Loveland mountain the dogs double as therapists for injured skiers in the patrol’s medical room. Arapahoe Basin and Monarch host interactive days on the slopes with the Boy Scouts and Girl Scouts. Monarch has practice avalanche pits near green runs so beginners can watch the dogs train and practice. At Snowmass, dogs ride the chairs to the top where they spend part of the day greeting skiers getting off the lifts. Vail’s rescue icon, a Golden Retriever named Henry, has his own eponymous mountain top warming hut skiers can visit for a break.