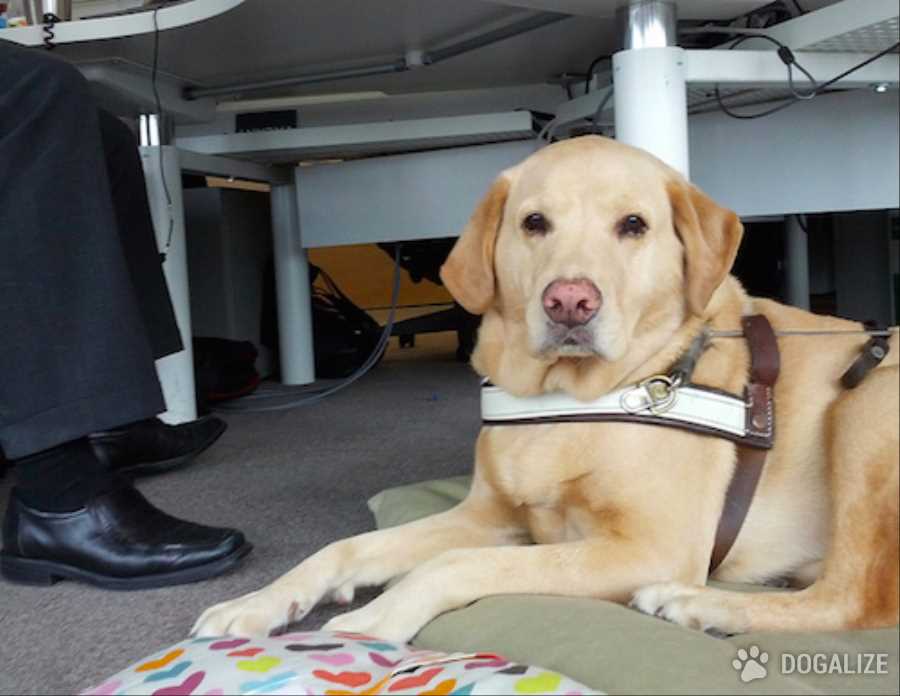 They’re man’s best friend, but for most dog owners, their four-legged friends stay home when they head to work. Now more and more employers in the Tri-State are “going to the dogs” and creating dog-friendly workplaces.

Barefoot Proximity is one of a number of companies allowing employees to bring their dogs to work. On any give workday, you’ll find five to eight employees’ dogs attending meetings, warming laps or just hanging out at the Cincinnati-based digital marketing firm.

The dog-friendly environment is a source of pride, even a way to attract new employees, especially millennials.

“I like to think that having dogs here reminds us to be playful, fully present and loyal,” said Julie Hanser, Barefoot Proximity’s director of talent development. “Just by having them here I think they impact that on our culture.”

Barefoot Proximity’s policy has made a huge difference to employee Thomas Cochill, who brings Bill Bixby, his Petit Bassett Griffon Vandeen puppy, to the office a few days a week. Bill Bixby, along with the other dogs in the office, remain on a leash at their owners’ workspace, unless headed outside for bathroom breaks.

“It’s great for me, it’s for him. I think it really adds to the environment itself,” said Cochill. “I think that you have to be mindful of the dog. You can’t just let then come in and run free. It’s still a professional environment.”

Legion Logistics in Florence is another local employer that has embraced the dog-friendly business model. It’s a common sight to see Charlie, a 145-pound Saint Bernard, taking the elevator to the office with his owner, Ben Hershorin.

Hershorin said he was surprised when his boss first said he could bring Charlie to the office.

“He’s been coming in twice a week now,” Hershorin said. “It’s just me and him, live in a bachelor pad, I don’t like to leave him all day and he’s just one of those dogs that always likes to be around people.”

“Seeing how much happiness it brings to people here in the office,” said another employee, Sean Bradley, who was working alongside his Shepard puppy, Gunner. “Puppies, I mean everybody gushes over puppies.”

Researchers at Virginia Commonwealth University found in a 2012 study that dogs in the workplace increase creativity, decreases absenteeism and lowers stress. But there are concerns for employers. Liability, distraction and allergies top the list.

Legion Logistics president Lacy Starling says they’ve never had any problems. They also have a sign-up sheet to make sure there aren’t too many dogs at the office at the same time.

“We always ask when people first start, do you have dog allergies,” Starling said. “The rule in our office is your dog has to be extremely well-socialized and calm.“

Back at Barefoot Proximity, they have a written policy and set of guidelines dog owners must follow. Dogs must be what the company calls “office ready.”

“That’s a combination of having proper immunizations, being socialized with people and other dogs and just having general good manners,” Hanser said, adding the policy is based on common sense. Hanser also said the policy has evolved over the years, with input from employees and clients.

“Keeping dogs out of the common areas or off of the upholstered furniture , that’s been a response to wanting to be sensitive to people with allergies,” she said.According to a 2015 survey by the Society for Human Resource Management about eight percent of U.S. employers currently allow workers to bring their pets to work. It’s a trend that Bill Bixby’s owner hopes continues to grow.

“I think it’s great to work for a place that like values this part of my life,” Cochill said.