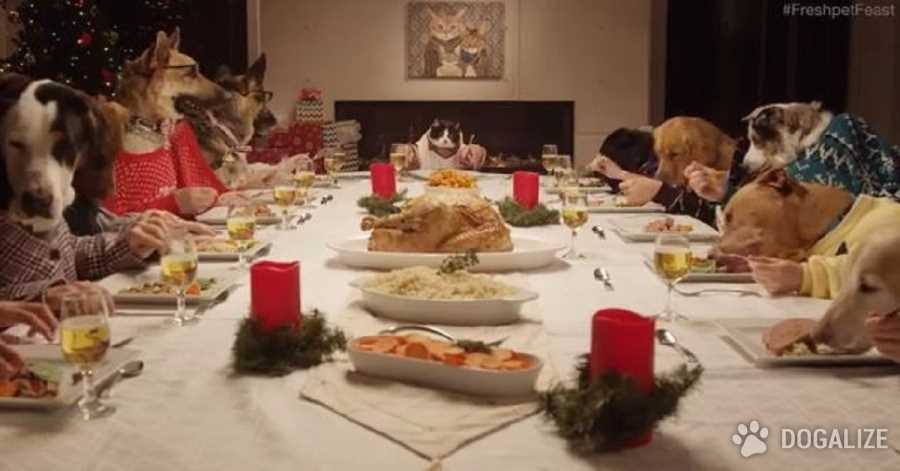 Last Christmas, pet food company “Freshpet” gave fourteen rescue pets a great way to celebrate. To support a campaign for rescue pets, the company produced a video showing the animals portrayed as people while they chowed down on some sumptuous Christmas dinner.
The pets involved in the project were taken from the Humane Society of Utah. The clever video was created to show how “well-behaved and adorable” the shelter’s animals are. The project also has helped many of the animals find new homes. A cat named Lion and Bear, an adorable dog, were the only two left as of Wednesday night, according to society spokesperson Guinnevere Shuster.
Freshpet paid for all of the adoption fees, and provided a free supply of food for each family who adopted a pet. Let’s hope they do the same this year.
Have a Wonderful Christmas!