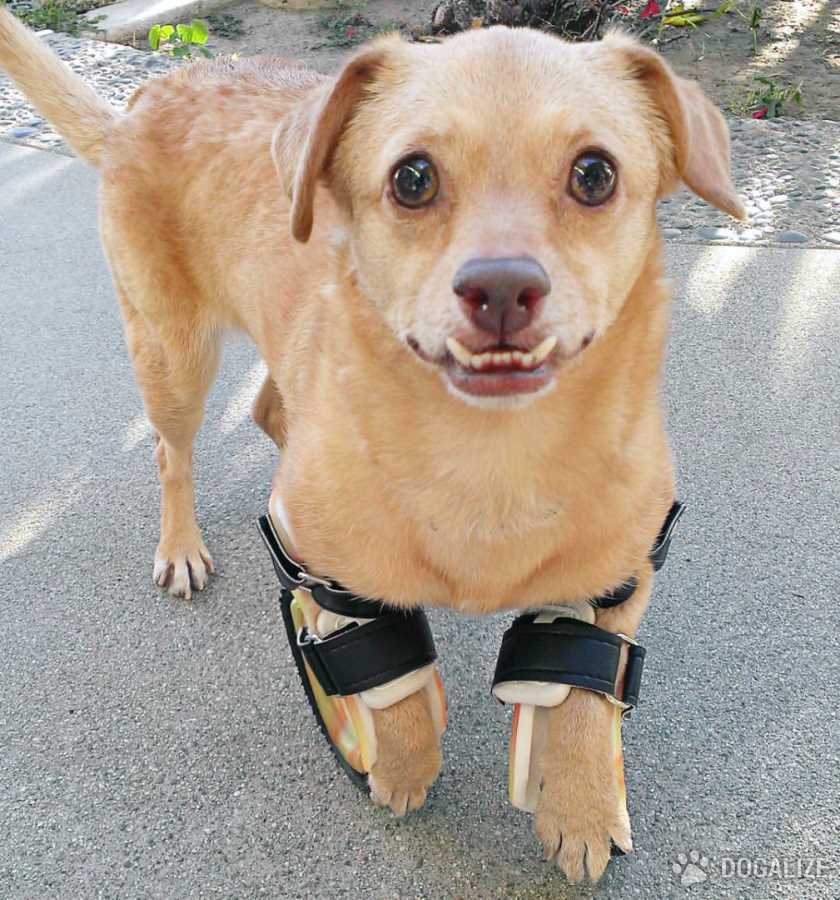 This is the story of Daisy, a dog born with a congenital deformity in her front legs, who was abandoned on the streets of Bellflower, California, at the age of two months and was later scheduled to be euthanized.

Luckily, Daisy found a home and an owner who loves her, Sheena Main. To give Daisy a life as normal as possible, she tried different solutions, including a wheelchair, which the dog used for a long time, but it put too much pressure on her spine.

In early October, Sheena received a new set of prosthetic legs from Animal Ortho Care, which finally gave Daisy the so longed-for freedom of movement. It’s been a slow run for Daisy to get used to her legs, but she’s now at full speed and loving every minute of it.