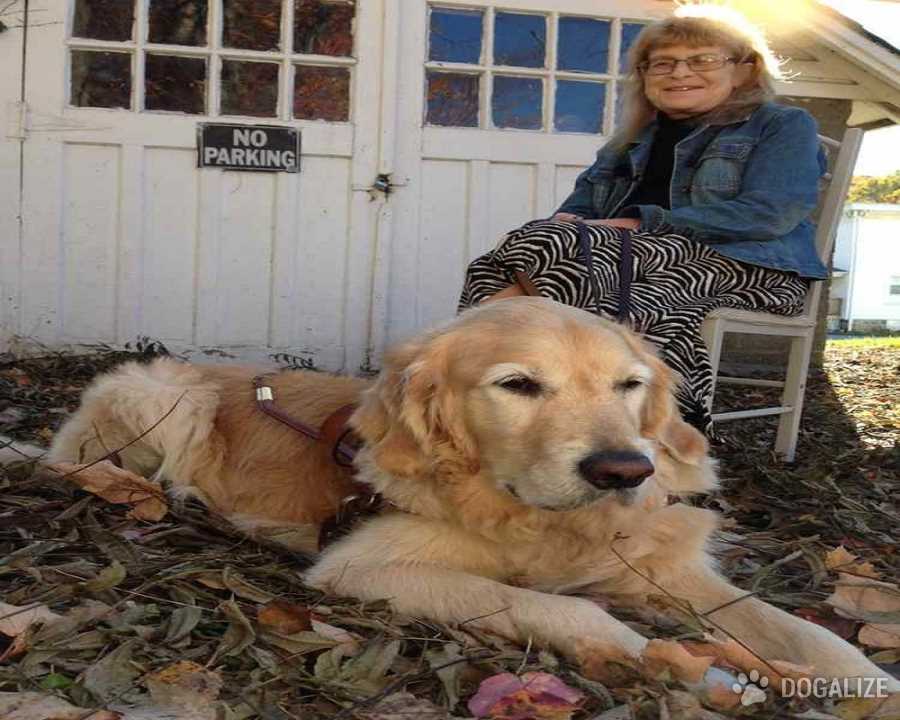 Dog saves owner from being hit by bus. Named “Dog of the year” | Dogalize

Golden Retrievers seem to have a natural aptitute do save lives, becoming heroes. Last week we came across the story of Baxter, who saved his little owner from choking; today it is the turn of another Golden Retriever, named Figo, who saved his owner from being hit by a bus. For his act of bravery Figo earned the title of ASPCA 2015 “Dog of the year”.

Figo is a talented guide dog and last June, as he was helping his blind owner, Audrey Stone, cross a major street in Brewster, New York, a bus was quickly approaching.
Acting as much on his innate courage, Figo immediately put himself in the path of the bus, sustaining a severe injury but successfully protecting Audrey. Even after getting injured, Figo did not leave his owner’s side until help arrived.

While Audrey mended in the hospital, Figo recovered at a local veterinarian’s office, and the cost of his treatment picked up by an anonymous benefactor.

Weeks later, the two were joyously reunited – and the latest “Dog of the Year” award reminds them both of their enduring bond of friendship.