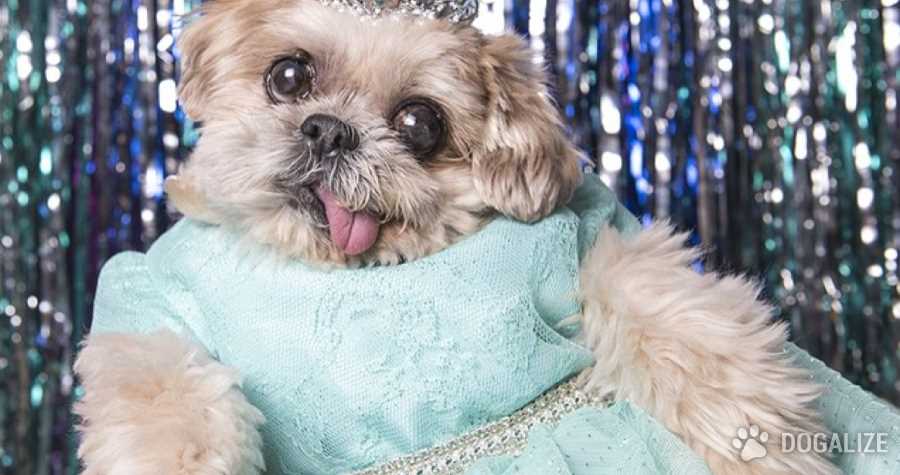 This is the story of Marnie, a partially blind 13-year-old Shih Tzu, who has been living on the streets for years and now has became a web celebrity.
The dog’s fame is due to the pics her owner puts on Instagram, which show her irresistible cuteness: Marnie’s face, with her ever-present tongue and head tilt, attracted almost 2 millions followers on her page.

Shirley Braha, who adopted Marnie three years ago, is using her dog’s growing popularity to shed light on the adoption of senior dogs. She’s created a fund – Marnie’s Old Pals – to help senior dogs in shelters receive necessary veterinary care.
The cause embraced by Braha and Marnie is very important: we all know how difficult is for senior dogs to be adopted and most of them, unfortunately, have to be euthanized.
To celebrate Marnie’s 13th birthday, Braha held its first fundraising event in New York, and asked those who attended to donate $5 to the fund.

Now Marnie is often found in the arms of celebrities like Taylor Swift and Tina Fey, but her early days weren’t quite so glamorous. In August 2012, animal control officers found the 10-year-old, partially blind Shih Tzu on a street in Connecticut. After remaining unclaimed, she was moved to a shelter and was given the name “Stinky” because of her smell. Luckily, a petfinder.com post led to her adoption by Braha.

Although Marnie is now a web celebrity, according to her owner, she has remained “grateful and loyal”, because she got “a second chance on life”.