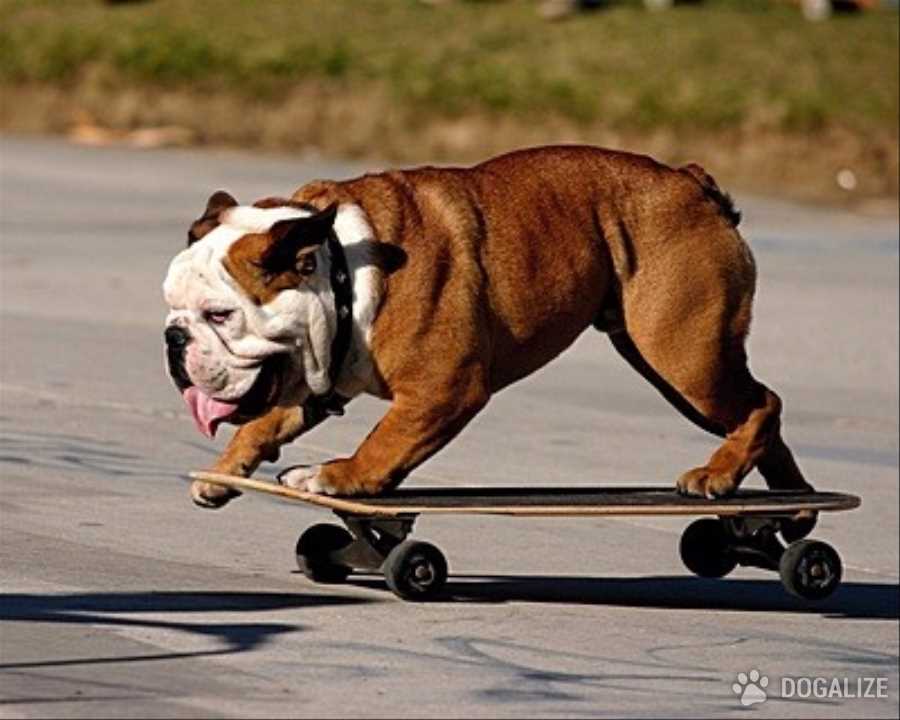 Tillman the skater dog dies at the age of 10 | Dogalize

Do you remember those funny videos showing an English Bulldog riding a skateboard? It was Tillman, the most famous four-legged skating youtuber of all times!

Unfortunately, last week Tillman, who was 10 years old and suffered from irregular heartbeat, passed away.

His human, Ron Davis, announced the sad news on Facebook: “I’m sorry to announce the world lost a true legend… My best bud Tillman passed away last night, of natural causes. We spent 10 years making so many incredible memories skating, surfing and hanging out together. No words can truly describe how much he’ll be missed. Thanks for all the good times, Tilly”.

Tillman first came to Internet fame in 2007 when a YouTube video showing him skateboarding went viral. That video has since been watched more than 21 million times. A couple of years later, the dog made headlines when he set a Guinness World Record as the world’s fastest skateboarding dog. (His record was narrowly beaten in 2013 by a dog named Jumpy.)
Tillman, who appeared in a television series called “Who Let the Dogs Out,” was also known for his snowboarding and surfing skills.

The whole web community will miss his adventures. RIP Tillman