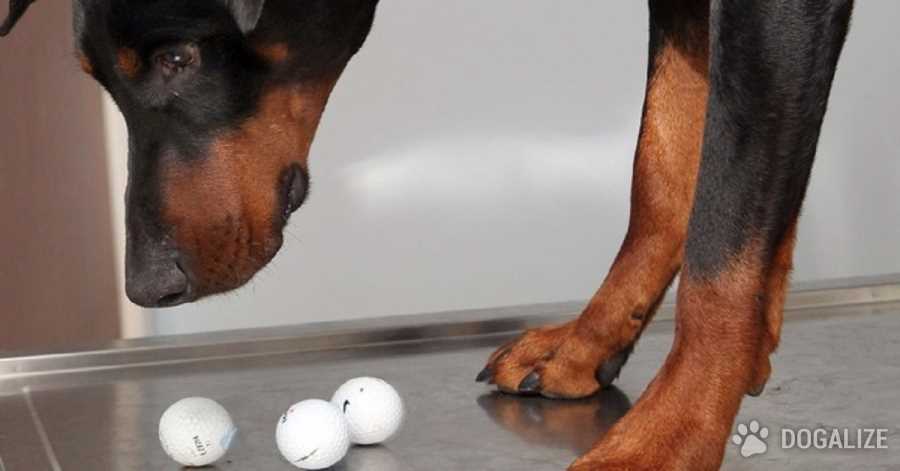 Dogs are famous for eating strange things, but they never cease to surprise us about how strange this “meal” can be. One of the craziest features a doberman eating 26 golf balls and still being alive and well. There’s more, he has also won a prize!

This year’s winner is Zeus, a handsome one year old Red Doberman with a penchant for chasing golf balls at the driving range. What Zeus’ folks didn’t know was that he was doing more than just retrieving the balls, he was swallowing a few here and there!

When the vet visited Zeus for persistent vomiting, he couldn’t give explanations, since examinations showed no illness. Two days later, Zeus was back to the vet having not recovered. The doctor snapped an X-ray, and the truth behind Zeus’ mystery illness was revealed. His stomach was packed tight with 26 golf balls!

Zeus is one lucky pooch- he survived the complicated procedure to remove the balls and recovered fully. He still enjoys a rousing game of fetch, but his people are extra careful to make sure all balls are accounted for!