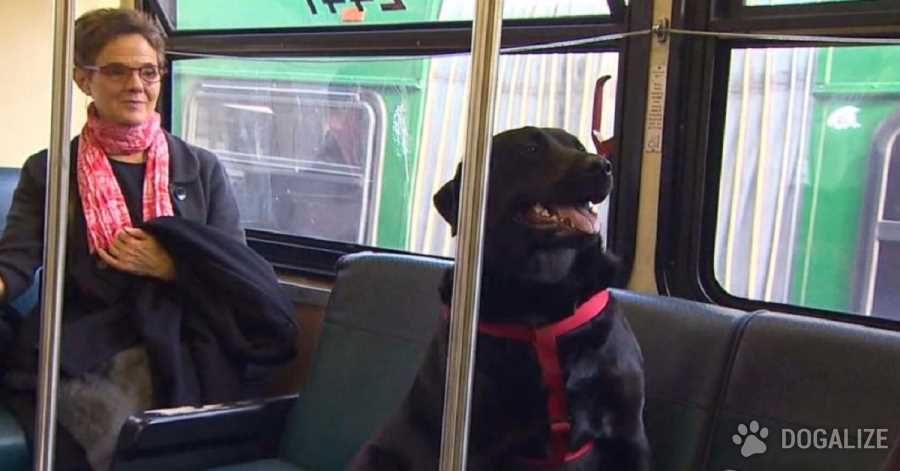 Dog Rides The Bus Alone To Get To The Park | Dogalize

Seattle public transport has been making headlines lately. According to many news websites, a dog uses to ride the bus alone to get to the dog park. Eclipse is her name, a two-year-old Labrador who became a regular passenger on the city’s D-Line.

Riders made videos of her sitting on the bus seats, that went viral on the Internet. “All the bus drivers know her. She sits here just like a person does,” said one of them. “She makes everybody happy. How could you not love this face?”

Don’t worry. Eclipse is not being left unattended. Her owner, Jeff Young, lives next to the stop. He said Eclipse sometimes hops on board without him if he’s not yet finished smoking his cigarette when the bus arrives. The pup has become a regular on the route, riding three or four stops before exiting at her destination of choice. “I catch up with her at the dog park,” Young explained.

According to Seattle King County Metro Transit, dogs can appreciate public transport but they should be taken on a leash. However, riders and drivers are going to turn a blind eye under the fondness they all feel for Eclipse and as long as the dog doesn’t bother anybody.