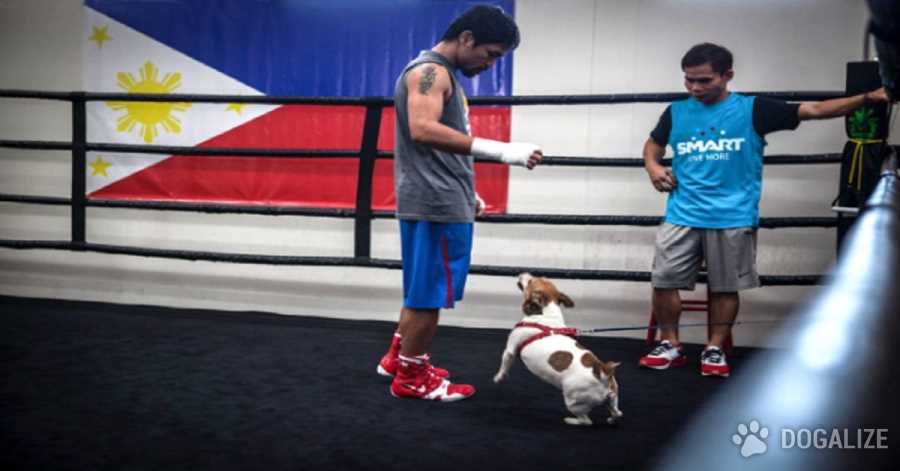 Famous box champion Manny Pacquiao, winner of eight world championships, has a very special training mate: his pooch Pacman, a nine-year-old Jack Russel Terrier. The dog loves running along with his master and even at the gym he’s his best motivator.

Pacquiao grew up in impoverished conditions in the Philippines. According to (human) trainer Freddie Roach, the fighter was traumatized when he found out that his father had resorted to dire measures to aid his family’s survival—he cooked their pet dog for food.

Luckily, in 1998 the Animal Welfare Act banned the killing of dogs as a livestock animal in the Philippines.

As a result, Pacquiao ran away from home and lived on the streets, where his strength and survival abilities helped him become the disciplined and skillful fighter he is today. Pacquiao serves as a congressman in the Philippines and regularly gives back to the poor in his homeland. Clearly, Manny Pacquiao is paying tribute to the dog he lost as a child by showing love to his Pacman.