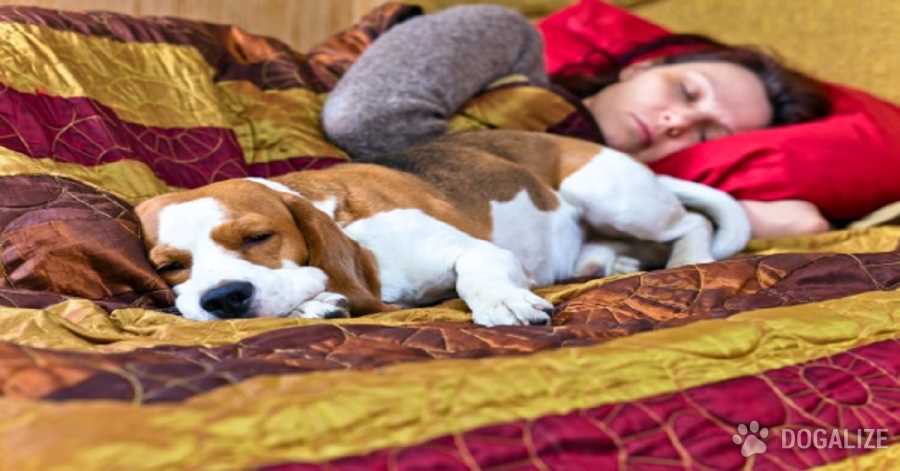 New Yorkers love to share bed with their dogs | Dogalize

One fall morning in Central Park. New York dog community reveals itself to interviewers. The question is: “Where does your dog sleep at night?” Crate or cage? Dog bed? In human’s bed with human?

Anamaria Perez, a 30-year-old interior designer and first-time dog owner tells: “I used to say, ‘That’s disgusting’, but her resolve lasted about two weeks. After that, Iggy was allowed in her bed. “It’s because I want to cuddle.”

When attorney D Mara Lowenstein adopted Charlie four years ago, the Havanese mix was unbelievably traumatized, she says. “At the time I was engaged, and my fiancé did not want the dog in the bed,” she says. She could hardly bear it. “Now there’s no more fiancé and Charlie sleeps in my bed, as close to me as possible. Often on my head.”

Derek Epps, 34, says that Roman, his pit bull mix has his own bed, situated in front of the bed Epps shares with his wife. “It’s a dog. It’s an animal. Yes, you love them, but it’s a dog. You have to have some kind of boundaries. And think about cleanliness. Think about the germs he is bringing into your bed.” The firmness relaxes a little, though, when Epps travels for work or for pleasure. “If I am in a hotel room and it’s just me, then it’s fine,” Epps says, “I let him sleep in the bed.”

Dave Wilson, 52, says that his dog Jessie usually sleeps in the bed with him and his girlfirend. What about intimacy, then? “Well”, he admits “we have trouble sometimes because she kind of feels like a kid, and she’s always in the room.”

A New York dog will always end up in his owner’s bed, one way or the other!