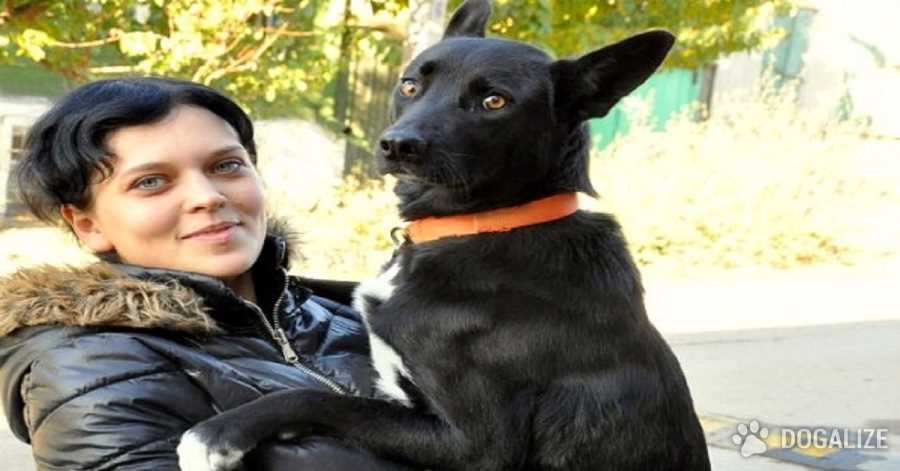 Dog Walks 200 Miles To Get Back To Rescuer

This is the story of Shiva, a russian dog who was hit by a car and left unaided by the driver. Luckily, Shiva found a guardian angel, a woman named Nina who took her in, nursed her back to health, and then found her a home. But the dog escaped from her new home and walked nearly 200 miles to get back to her rescuer. The accident caused Shavi two badly broken legs and she nearly froze to death in the hursh russian winter.

Shiva get back to Nina

“After the anesthesia, when she saw me, she raised her weary eyes and timidly licked my hand,” Nina explained. Shavi was a fighter: on the first day after the surgery, wouldn’t even relieve herself on the blanket set out for her. Rather, she tried to make it outside. But she was terrified of strangers and cars, and it took a long time to get her reacquainted with the outside world.

Though she would have loved to have kept her, obstacles prevented Nina from doing so. Her apartment was too small, especially with three cats and two other rescue dogs, and her job and family commitments kept her from giving the new one as much attention as she needed. So she searched for someone to take her in, but the only friends willing to do so lived 180 miles away.

Nina believed this was truly the best choice for her. But just a few days after arriving at her new home, Shavi went missing after she dug a hole under the fence.

Almost two weeks later, Nina was walking down the road when she was startled by the sensation of something brushing up against her leg – it was Shavi! Nina burst into tears, hardly able to believe that this dog walked so far just to find her. When she leaned down, Shavi jumped right into her arms.

“Of course, now she has remained with us for good. I would never give this kind of friend away again.”

If you’re curious about any news concerning dogs and other animals’ lifestyles, visit Dogalize!