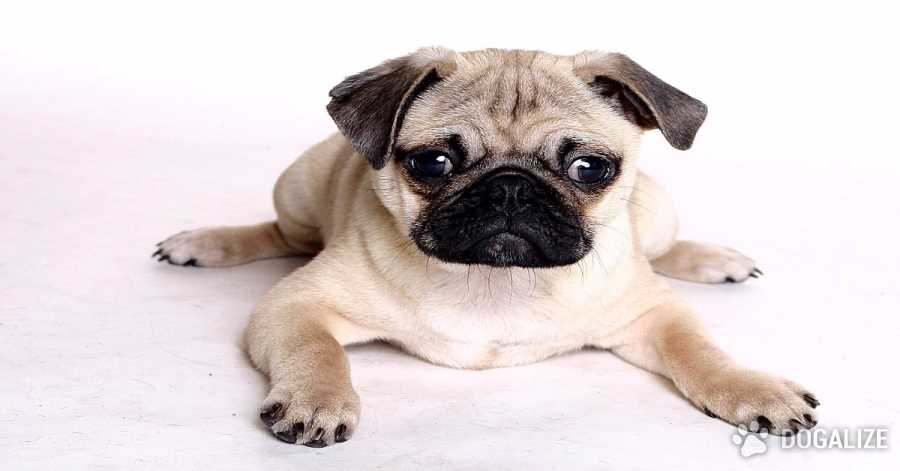 The Pug: The Most Lovely Wrinkled Face | Dogalize

It’s thanks to his lovely wrinkled face that the Pug is one of the most popular breed. It is currently ranked 32nd in popularity according to American Kennel Club.

However, his acclaim is due not only to his funny expression but also to his loving and engaging personality. The breed, in fact, makes for a charming companion. Some Pugs are placid and quiete and others are excitable extroverts, but all are “people” dogs that want to spend as much time with their owners as possible, requiring lots of snuggles.

The breed was imported to Europe from China in the 16th century, where Pugs were bred to be companion of ruling families and kept on being popular at European courts. It became the official dog of the House of Orange in 1572 after a Pug named Pompey saved the life of the Prince of Orange by alerting him to the approach of assassins.

Though his noble origines, his behavior is not always so “aristocratic”. This is a dog that has snored, snuffled, wheezed, and farted his way into the heart of many. It is indeed this clumsy attitude mixed with his sweet temper and his funny look, to make the Pug so irresistible.

The phrase “multum in parvo,” used in the AKC breed standard, means “much in little” and can be interpreted to refer to both the Pug’s compact but solidly muscled physical form and a personality much bigger than its stature would suggest.