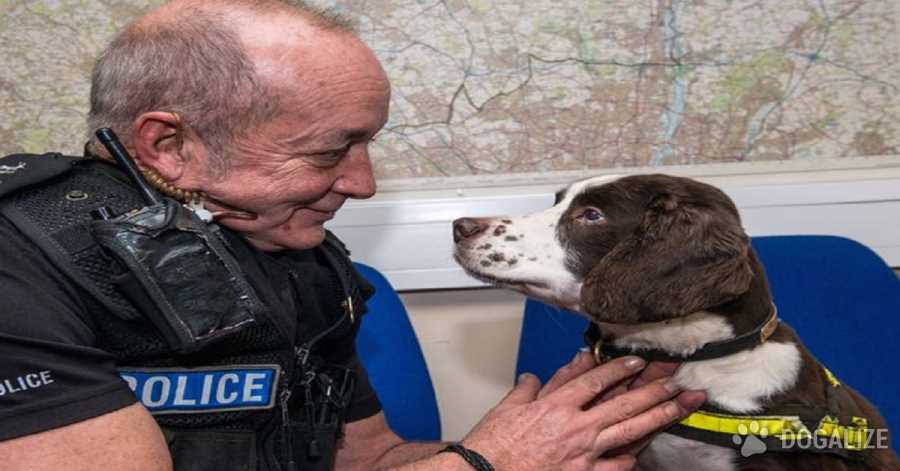 Brewster, a 13-year-old English Springer Spaniel, is Britain’s oldest police dog, having just retired after serving the Bedfordshire, Cambridgeshire and Hertfordshire Police Dog Unit for 11 years.
Brewster, aging 91 in dog’s years, has been a champion in busting drug gangs. His handler, policeman PC Dave Pert, said “It has been an amazing partnership working with Brewster and I’m convinced that if he had his way he would work until he dropped. When I first got him, I wanted to rename him Ziggy, after David Bowie because of his eyes of two different colours”.
Head of the BCH Dog Unit, Inspector Mark Farrant, said: “His super nose has undoubtedly contributed to the arrest and prosecution of a large number of people. His acute sense of smell has led to the seizure of drugs and cash during warrants and operations, saving a lot of time and resources in the process. We are very grateful to Brewster for his service.”
Brewster retired on Sunday to his handler’s home where he will be able to enjoy his favourite hobbies such as chasing tennis balls, swimming in rivers, eating dog treats and napping.

If you’re curious about any news concerning dogs and other animals’ lifestyles, visit www.dogalize.com