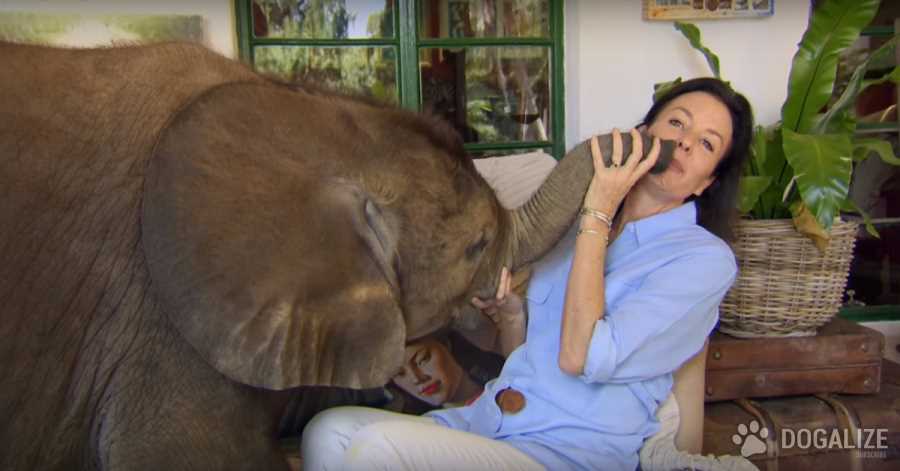 Moyo, The Baby Elephant Who Feels Like A Dog | Dogalize

Animals never cease to amaze us! This baby elephant really thinks he’s a dog and shows all his cuteness in a video that is going viral.

His name is Moyo and he was found when he was only a few days old, nearly drowned after being swept away from his family while trying to cross a river. He was brought to Wild Is Life, where Roxy Danckwerts, the sanctuary’s founder, became his everything.

The rescue animal used to follow Danckwerts around her house, never wanting to let her out of his sight. Now 14 months old, Moyo still loves to follow Roxy everywhere … but his rapidly growing size makes this a little tricky.

Moyo is unaware of his body size and weight. He knows no boundaries, he’s only guided by the love and the affection he fells for the person who saved his life.