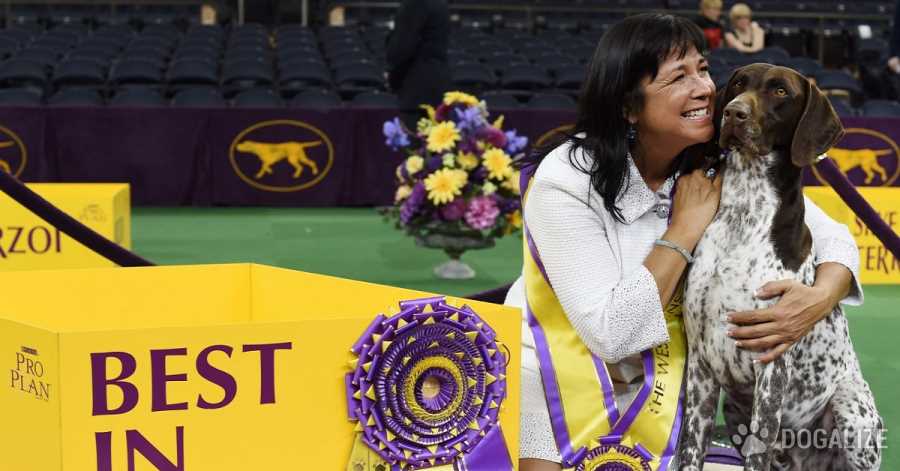 The dog portrayed in the picture below is the winner: the most beautiful, elegant and agile dog, according to Westminster Kennel Club. His name is CJ and he is a German Shorthaired Pointer. You can see his proud look after beating out over 2,700 canines hoping to score the coveted title.

He is the third German Shorthaired Pointer to ever win the high honor, following in the footsteps of Carlee—who won in 2005—and Traveler, who broke the mold for the breed in 1974.

Founded in 1877, the Westminster Dog Show—named after the Manhattan hotel in which the club’s founders used to meet—is the second longest continuously running sporting event in the United States and the largest canine competition on the globe.

This year’s two-day event—which took place at Piers 92 and 94 and Madison Square Garden—saw over 2,700 canines of 199 breeds including seven newcomers (among them the Spanish Water Dog, Boerboel, and Lagotto Romagnolo) from over a dozen countries.