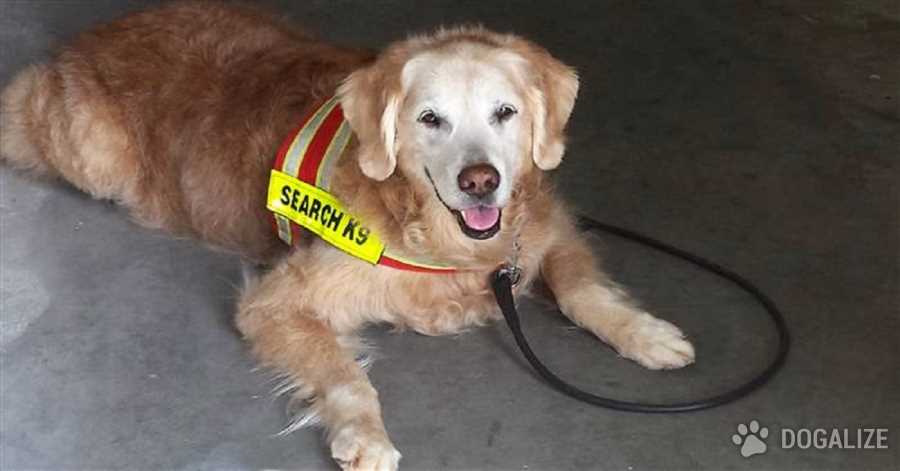 9/11 has had a lot of heroes, but this one is a little different, has feathery fur, a sunny smile, a calm nature and an amazing ability to sense people in need.
She’s a 15-year-old golden retriever named Bretagne, and she’s one of the last surviving search dogs who worked at Ground Zero in New York City after the Sept. 11, 2001 terrorist attacks.

Her longtime handler and owner, Denise Corliss, said in an interview for NBC News: “After 9/11, everybody — all of us — felt such sadness. We all wanted to help. I just felt so honored that we were able to respond.”

This year, Bretagne (pronounced “Brittany”) is one of eight finalists for the American Humane Association’s annual Hero Dog Awards.

In the late 90s, Corliss, an electrical engineer, became fascinated by the work of disaster search dogs. She learned that civilians — volunteers who receive no pay at all and work and travel at their own expense — can undergo rigorous training with their dogs. If they make the cut, a dog/handler team can support federal emergency response efforts at disaster sites around the United States.

So, Corliss brought home Bretagne, a wriggly 8-week-old puppy and started with the program. Just one year later she and Bretagne qualified as official members of Texas Task Force 1. This meant the pair had what it takes to scour a disaster site and find survivors buried in the rubble. What happened later everybody, sadly, knows.

“I really believed we could find somebody — anybody! — if we could just get to the right void space,” Corliss said. “But our reality was much different. We found all various kinds of remains, some recognizable, others not so much.”

In the years that followed 9/11, Bretagne and Corliss deployed together to numerous disaster sites, including Hurricane Katrina, Hurricane Rita and Hurricane Ivan.

Bretagne retired from formal search work at age 9, but she still loves to work. Corliss often bring her to an elementary school, where Bretagne, helps children with special needs learn how to read out loud.