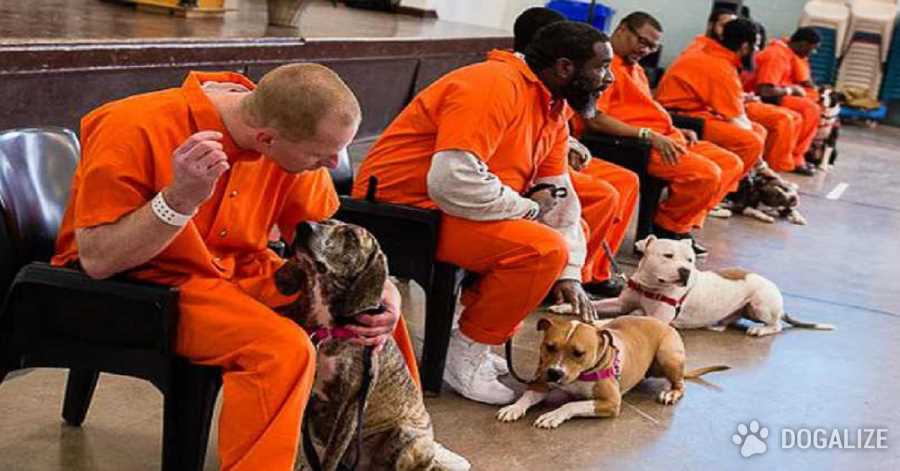 New Leash On Life is the name of the program launched in USA to give shelter dogs a second chance at life. The peculiarity is that the program is carried out by inmates, who are resposible for everythning during the 12-week training course. Their task is preparing the dogs for the American Kennel Club’s Canine Good Citizen Test.

Eligible dogs are those who are at the greatest risk of being euthanized. By passing the Good Citizen test, the dogs demonstrate they are ready to be placed into furever homes, which dramatically increases their chances of being adopted: a real second chance for these unlucky creatures.

Likewise, participating inmates benefit greatly from the program. Not only do they receive the love and companionship of their trainee dog, they also learn a valuable skill set that will prepare them to successfully transition to life outside prison once they’re released. Inmates learn obedience training, basic animal care, grooming, and attend job readiness workshops. Once released, inmates are able to take what they learned and compete in the job market: a great second chance for them as well!

The program currently operates in the Philadelphia Prisons System and the State Correctional Institution at Graterford, but New Leash hopes that other correctional facilities learn from their example.