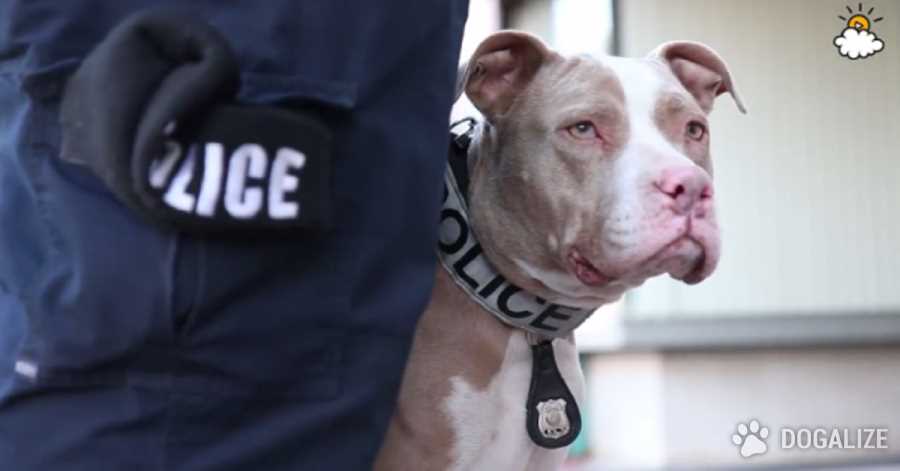 Pitt bulls have had a bad reputation and sometimes are still thought to be one of the most dangerous dog breeds. Not only is this statement untrue, but one more thing that can reassure those who don’t look kindly upon pitt bulls is that many police departments in the USA are choosing pit bulls as their new collegues.

We’ve grown used to seeing German shepherds and Belgian Malinois as police dogs, but now Animal Farm Foundation and Universal K9 have joined forces to prove skeptics that pit bulls are not just great dogs, but also a breed we can trust our lives to. The two organization work together to save pit bulls from shelters and train them to become police dogs.

The program has successfully placed nine pit bulls across different police departments and these four-legged officers have proved they can do a great job. The one you see in the picture is named Kiah and works at Poughkeepsie Police Department, handled by Officer Justin Bruzgul.

Training shelter dogs to do police work is an economy solution for police departments, who are no longer able to afford to buy their four-legged officers from breeders. Money is not the only thing this program saves – lives are saved too.