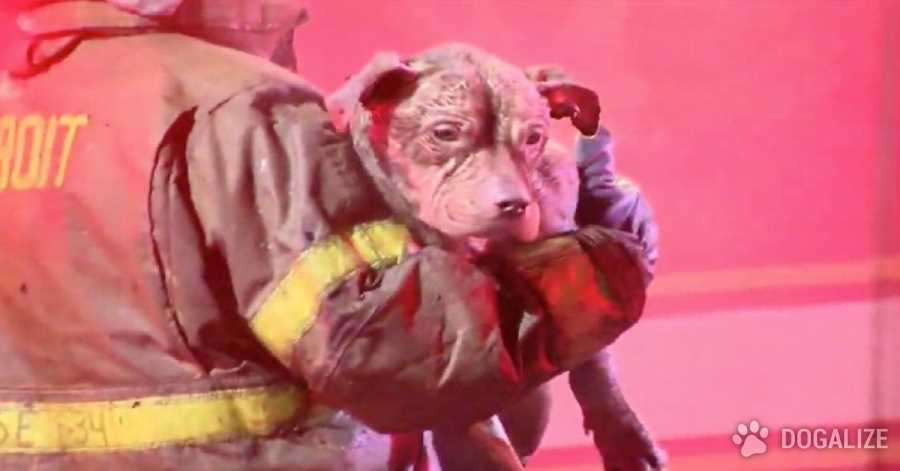 Firefighters responding to a fire in Detroit found a man and his Pit Bull when they arrived to the burning house. According to ClickOnDetroit, the man later died from his injuries, but his pup survived.

When the firefighters took the dog out of the house, her conditions were not good at all. She got burned and inhalated smoke. The Pittie was brought to Groesbeck Animal Hospital, where she received the medical care she needed, like x-rays to check her lungs for damage.

Luckily, the dog is quickly recovering. The medical treatments have been paid with the generous donations from humans who heard about her and wanted to help, after the firefighters spread her story on the Internet and local media. They renamed the dag Halle, short for a fireman’s tool called a Halligan.

Now Halle is staying at Detroit Pit Crew Dog Rescue. Director Teresa Sumpter told that she would reach out to the victim’s family to see if anyone would be able to care for Halle. If not, Halle would be placed for adoption into a forever home.