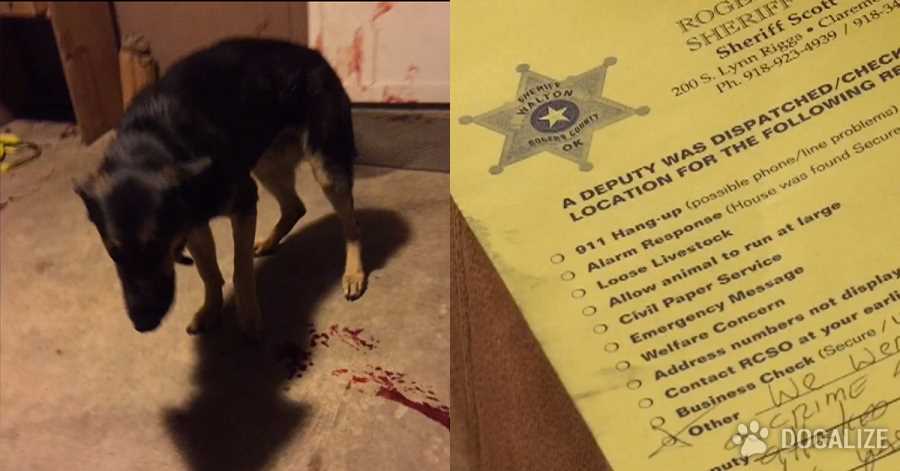 Bruno is a German Shepherd who who lives in Claremore, Oklahoma. Hedoes what many dogs do because it’s just in their nature: he barks when he sees a stranger approaching his house.

Unfortunately, Bruno came across one of those hot-headed policemen who draw the gun too easily, or simply, who don’t know how to handle a guard dog.

He had been called to the neighborhood to check on a disturbance call and somehow ended up at the wrong house. Feeling threatened by Bruno, the officer decided the best course of action was to shoot him. Then he left a note for his owners, got back into his car and drove away.

The note reads: “We were investigating a crime and your dog attacked our deputy. The dog was shot and we need you to call us…”.

When Bruno’s family came home and found him bleeding, they rushed to a veterinary hospital, where doctors saved his life. However, he needs a shoulder replacement or his front leg amputated… both costly procedures. As a final insult to injury, the sheriff’s office refused to pay for Bruno’s medical expenses.

Fortunately, fhey set up a crowdfunding campaign to help them pay for their pup’s care, and they’ve already raised more than the $10,000 they hoped to get.