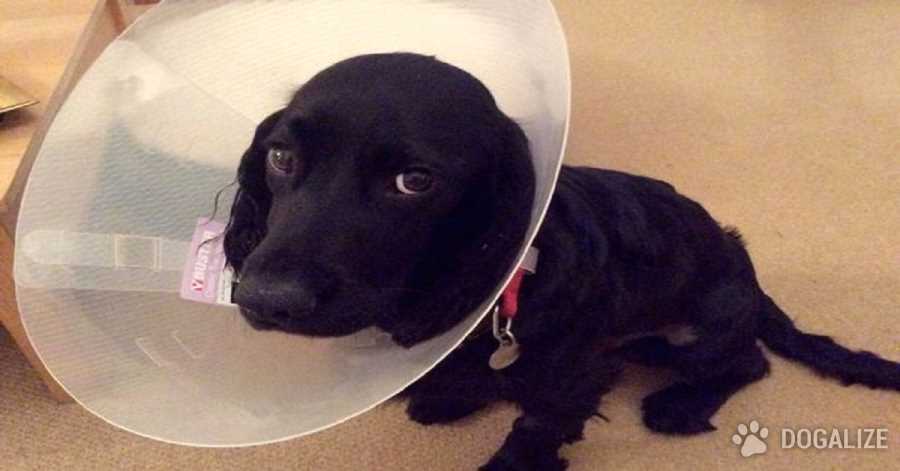 We all know that puppies are bundles of energy and curiosity. They want to discover the world and sometimes they get trapped in quite unpleasant situations, as happened to Marley. The puppy ate some industrial glue which could have killed him.

The ingested glue formed a 15cm-wide mass in his stomach and almost caused him to burst. The seven-month-old cocker spaniel was rushed to the vets by worried owners Simon and Beverley King.

Architect Simon, 67, said: “Dogs are worse than children. You have to watch them constantly – especially cocker spaniels. “They pick everything up. You’ve got to be so vigilant around the house and when you’re out.”He explained that in the few minutes between him putting the adhesive in the spare room and shutting the door to keep him out Marley had snuck in and run downstairs with it.

The couple originally thought he just got a little on his paws and thought nothing of it, but when he stopped eating and going to the toilet they took him to Highcliff Veterinary Practice in Hadleigh for an x-ray.It was there they discovered a large obstruction in Marley’s stomach.

The dog was immediately operated on and the surgery was carried out successfully. Marley’s life is no more at risk. He’s recovering well at home and is still wearing his dog collar cone to allow his stitches to heal.

Simon explained that both he and Marley had learnt their lessons.