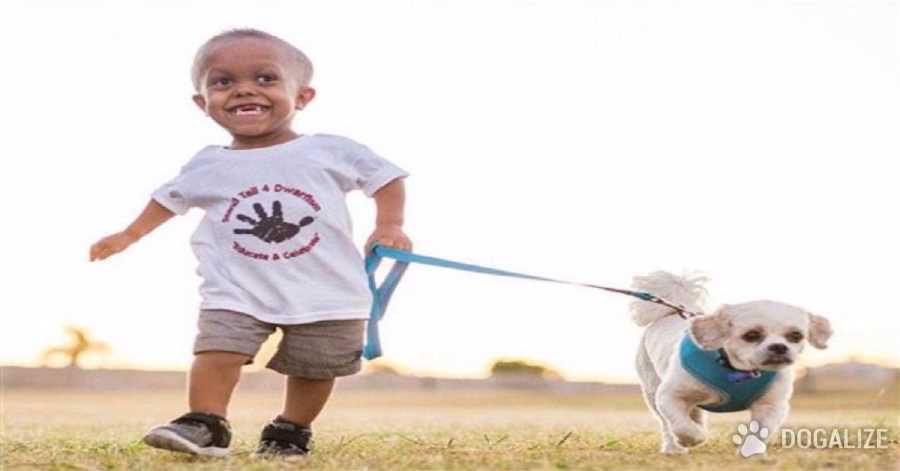 Child with dwarfism has finally found his best friend | Dogalize

Quaden Bayles is a 5-year-old child from Australia, afflicted with dwarfism. His mom, Yarraka Bayles, says: “I’m really shocked and appalled by the negative comments Bayles recieves so often. Shopping centers are the worst. He had a kid come straight up to his face last month at our shopping center and say, ‘Oooh, yuck!’ People think he’s just a freak and very openly say, ‘What’s wrong with him? Why does he have such a big head?’ Or they’ll say, ‘He’s ugly. He looks scary.’”

Listening to negative comments, his mother says, has left the little Australian boy depressed, angry and often inconsolable. “It’s affected him to the point where he needs counseling because he’s said he wishes he was dead,” Bayles said.

Until they adopted Bunny, a 9-year-old Shih Tzu who needed a home. Oh and also, Buddy has acondroplasia, the same form of dwarfism as Quaden.

“Quaden now proudly accepts that he’s got dwarfism, because Buddy’s given him that reason to think that it’s cool,” said his mom. “So he tells everyone, ‘My dog has dwarfism like me,’ and it’s the first time we’ve ever, in Quaden’s five years of life, heard him say the word, because we are not allowed to say dwarfism or achondroplasia.”

In his five years, Quaden has endured eight surgeries due to conditions stemming from his dwarfism and has another one slated soon. His mother was grateful for the hospital’s pet area, which will allow Buddy to stay close and comfort her son.

“Buddy has made things better,” she said. “It was divine intervention, definitely — the last thing that I would have expected or wanted, but it’s what we needed, and we’re so blessed. He’s just the perfect companion for all of us, but mostly for Quaden.”

Buddy is now the mascot for Stand Tall 4 Dwarfism, an awareness group his mother founded.