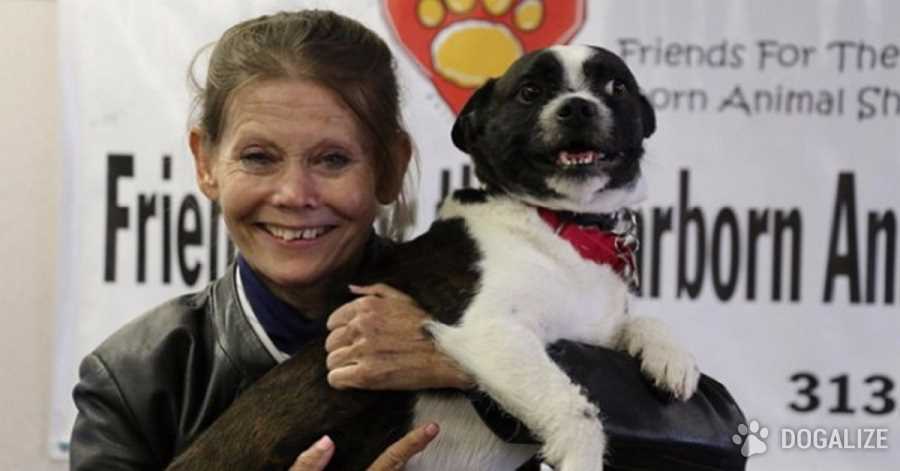 Debi Petranck had a dog, Zeus, who would occasionally go out for a wander. He loved to go to McDonald’s and Burger King, having a fondness for chicken sandwiches. It was never a problem, he always came home. Until one day, when Zeus didn’t come back. Instantly she regretted ever letting him go anywhere without her. She knew allowing that behavior was a bad decision. But, you know, you never learn a lesson until bad things happen.

The good news, Zeus was microchipped. However, after a few days straying, Zeus was found and adopted by a man and taken to his house in Michigan. Meanwhile, his old owner Debi put flyers all over the area and was going mad for his missing beloved.

Two years later Zeus got lost again and when he was found by a shelter in Michigan, the new owner – who was looking for Zeus – was told by shelter employees that his microchip indicated a different owner. The man understood and Petranck received the surprising call that Zeus had been found. Immediately, she made the trek to pick him up.

In an interview Debi said she was warried: “He may not even remember me.” But when Zeus ran into the room, jumping into her arms, licked her face, and wagged his tail with joy, there was no question to anyone viewing that Zeus knew exactly who she was.

A happy ending story that shows the importance of having your dog microchipped. And also, we’re sure Debi learnt the lesson and won’t let Zeus go out alone anymore.