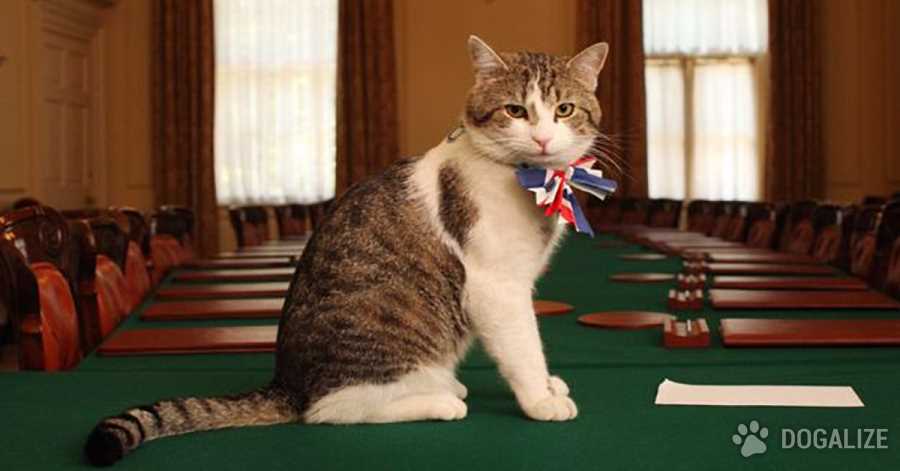 Larry the cat is to keep his job – and home – in Downing Street after David Cameron left his place to Therasa May, last Wednesday.

The furry feline has been a familiar face on the steps outside Number 10’s black door since he moved in, in 2011.

“It’s a civil servant’s cat and does not belong to the Camerons – he will be staying,” a government spokesman said.

The tabby cat, from London’s Battersea Cats and Dogs Home, was brought in to Downing Street in 2011 tasked with tackling a rat problem, after a large black rat was seen scuttling past the No 10’s front door in the background of a live TV broadcast.

Said to have a “strong predatory drive” and enjoy playing with mouse toys, Larry was considered to be well-suited to the post.

Larry followed in the paw prints of several Downing Street moggies, known unofficially as Chief Mouser to the Cabinet Office.

He was the first cat to hold the appointment since Humphrey – who was adopted in 1989 after wandering in to No 10 as a stray during Margaret Thatcher’s premiership – was retired in 1997.