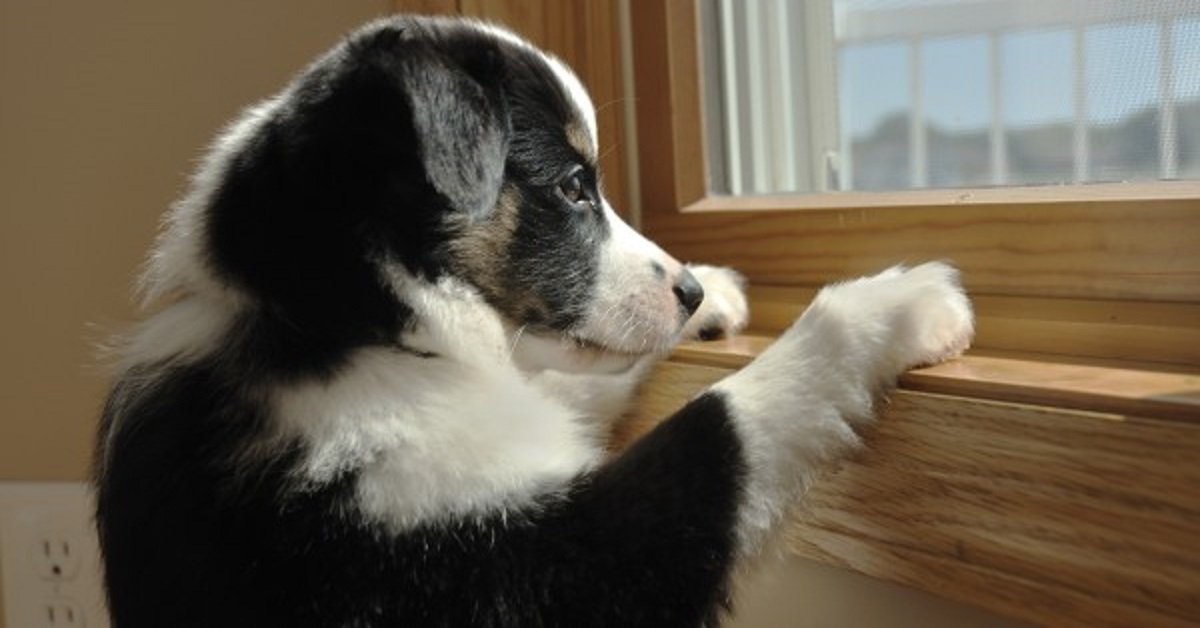 Have you ever heard of separation anxiety?  Let´s put it this way: If the family goes out, Fido wants to go as well.  But then, this is a wedding so dad called if pets were allowed and it was a big no-no.  So, the dog has to stay.  But Fido ain´t taking it, he has to go.  But he has to stay so little Fido throws a massive tantrum.

When family comes back, Fido has chewed on the upholstery and broken mom’s plaster models.  Oh, but he runs to dad as if they have not seen each other in ages!

What is separation anxiety in dogs?

This is a dog behavior problem triggered when he is left alone at home.  It is manifested with excessive barking, whining, scratching walls, urinating, defecating, tearing stuff apart, or trying to escape from the  house.

Now, a dog should be trained to behave at home.  But if this behavior is accompanied by distress attitudes such as drooling and anxiety when he sees pet parents leave, then it is a case of separation anxiety.

This behavior issue is manifested when the dog is left alone in the house and sees his family leave.  The fact that  the dog attempts so hard to escape can result in serious injury to the dog and destruction in the house.

There is no solid research that fully explains the reasons for this behavior.  It is thought to be triggered by traumatic situations such as been separated from a family or a change of residence.

It can also be attributed to boredom, marking urination, some medical condition, or incomplete house training.  The condition should be treated as separation anxiety if all of these are ruled out.

Ways to deal with a dog´s separation anxiety

These are simple things you can do to help your dog, if not enjoy, at least cope with being left alone:

If you would like to know other ways to cope with your dog´s separation anxiety, follow us on Dogalize.  An amazing community is waiting to help you and your dog cope with unwanted behavior. Don´t forget to use our map to locate the trainer closest to you.