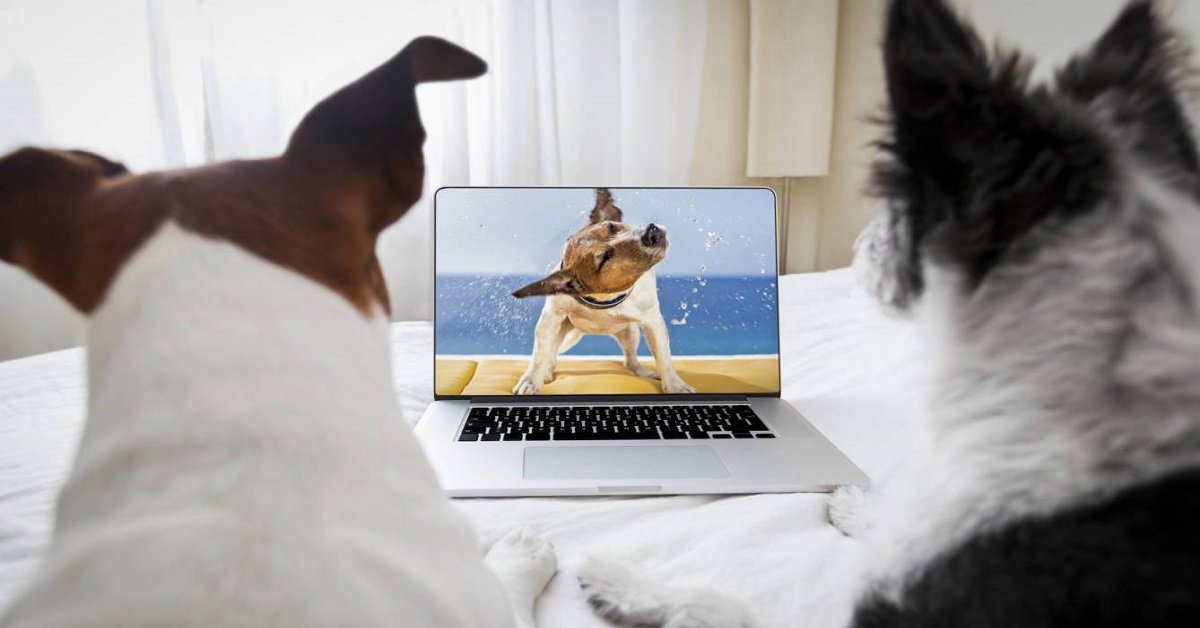 Dog News: Do Dogs watch TV? Have you ever wondered what do dogs look at when they sit and watch TV? It seems that scientists have discovered it!

We tell you one of the most interesting dog news, because it seems that the scientists have answered the question “what dogs see when they watch the TV”! From now on you will know why our dear friends sit with you watching TV.

According to some studies from the University of Central Lancashire in the UK, our pets have a “meaningful interaction” about what they see on the screen and even have certain preferences to watch programs when they watch television.

Instead of standing still, they tend to approach the screen for a closer look, and walk repeatedly between their owner and the television.

According to studies when they see the screen our pets prefer to see other dogs and who emit sounds like barking or howling.

According to the dog news, the scientists explain that the dogs do not see the same thing that we see on the screen. They have a diachronic vision, it means that when they watch the television they only see the blue and yellow specters, according to the publication.

“Recent research has found that the average dog now sees more than nine hours of television per week, demonstrating that technology is already involved in the lives of our pets. A television provides an interactive space that allows dogs to have a Source of entertainment, especially when the owner is out of the room” says one of the scientists who has dealt with the research.

From now thanks to this great dog news you know what program to choose to watch TV with your best friend!

If you want more dog news on the wonderful world of dogs follow us at Dogalize, if you are interested in discovering all the pet-friendly activities closer to your home visit the Maps Dogalize