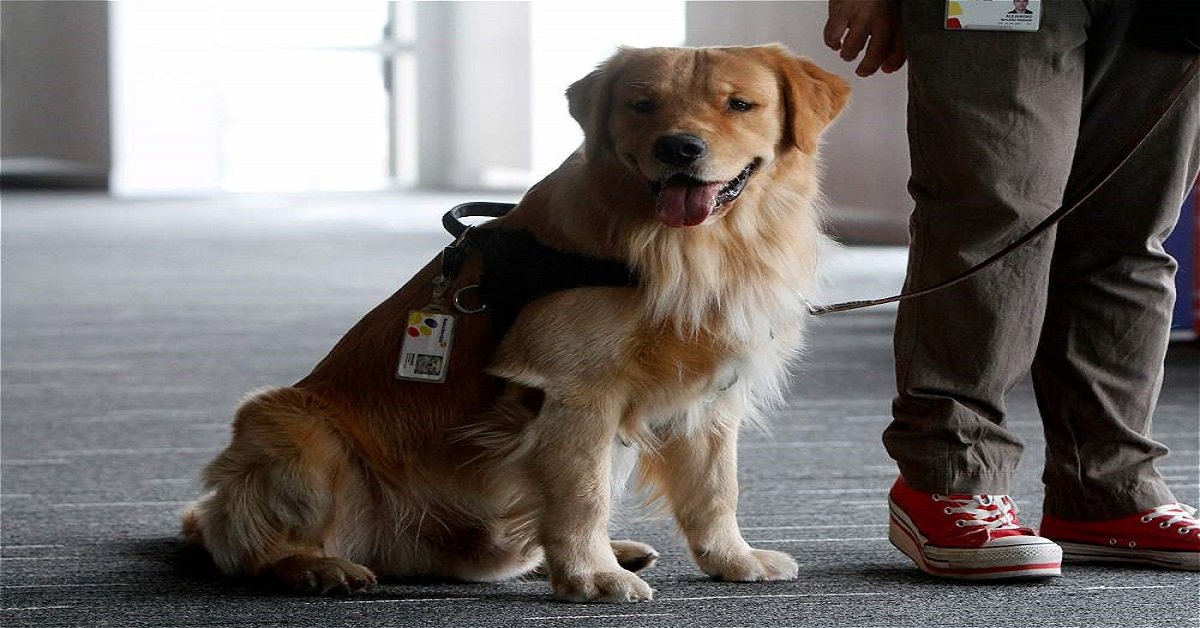 We tell the story of Miguel, the assistance dog, a golden retriever who works in a bank.

For all of us to open doors, to collect objects and to turn on lights is a job that seems really easy. But it is not so much for Miguel, the assistance dog that a Colombian bank ‘hired’ to help his master at work.

The official of the company and owner of Miguel, suffered a traffic accident that forced him to use crutches. But he did not lose heart and thanks to the support of his quadruped Golden Retriever best friend, now he can perform activities that would otherwise threaten to throw him to the ground.

Miguel is 18 months old and is a golden tender golden retriever dog that works in a bank.

He is the only one who does not wear pants, among dozens of clerks who hug and photograph him.

For now, while doing his training, he is allowed to take part in these manifestations. Then, when he is practicing his ‘professional’ jobs, nobody can treat him as a pet.

Miguel’s educators explain that: “If they do, they can distract him and it would take him a while to focus; That can lead to an accident for the person he attends. “

But both the master and the bank are aware that it will be difficult to avoid pampering this tender golden retriever dog. That is why they try to accustom employees.

“It is important for our collaborators to become aware of the issue of assistance dogs. We have seen a positive response,” explains Sergio Peláez, Vice President of Development for ‘Banca más humana’ of Bancolombia.

“They (Alejandro and Miguel) are the example of the organization we want to be: one that makes life easier for people,” adds Peláez.

Alejandro thanks the bank’s attitude because, he says, they never hesitated to include Miguel in his work environment.

If you want more news about the wonderful world of dogs or need more information or advice from the trainers about the behavior of dogs or your pet in general, follow us at Dogalize, if you are interested in discovering all the pet-friendly activities nearby your home visit the Dogalize Maps