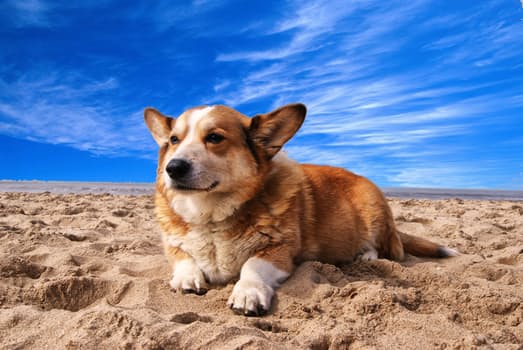 Do you know that dogs have episodic memory?

A new study from an institute in Hungary has shown that dogs have episodic memory, like humans, – memory linked to a time and space.  It is easy to tell that humans have such memory.  For instance, you probably remember your last Christmas.  You recall where it took place and specific events, but what about dogs?

But then, it is more difficult to determine if our canine friends have such memory. However, experiments have led to believe that they have more cognitive abilities than we thought.  In other words, dogs can remember what you were doing.  So lucky they can’t talk, huh!

The study on episodic memory

The study, lead by Claudia Fugazza, involved 17 different breeds.  They were trained to copy their owner’s actions.

In phase one of the experiment, the dogs were presented with six different items and watched their owner perform a random activity while holding one of the objects.  The dogs were then commanded to repeat the action with the words “do it!”.

In phase two, the dogs were trained to lie down whenever they saw their owner performing the action.  When they got the hang of the trick, the owner would then perform the action and the dog would lay down, like expecting the owner to tell them to do so.

Next, after a minute, the owner would unexpectedly say “do it”.

In the study, 94.1% of the dogs successfully mimicked the owners act after hearing “do it”.  When unexpectedly asked to “do it” after a minute interval, 58.8% of the dogs repeated the owner´s action.

To push it a little forward, they waited an hour to give the command, in order to test the dog’s ability to remember such event.  A 35.3% of the dogs successfully completed the task when unexpectedly commanded to do so.

“This study shows that they can use a type of memory that allows them to recall and remember events that were not known to be important,” Fugazza says.  Since we do not know if dogs are self-aware (episodic memory has been linked with self-awareness in humans), we call it episodic-like memory.

Connect to Dogalize to learn more about other dog stories, and to share with other dog lovers your memories with your 4 legged friend.  Enrich those memories by training and loving him, you can always check Dogalize maps to find local trainers in your area.