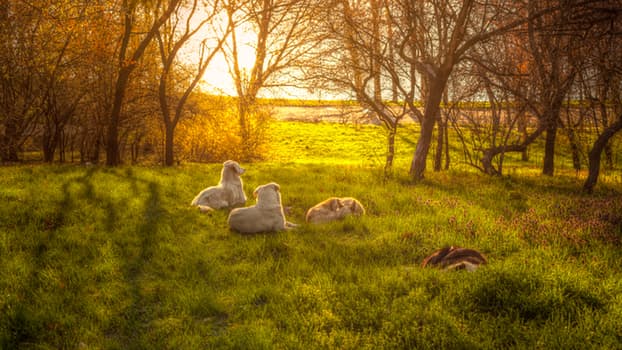 Dulles International Airport received an unusual visitor on Sunday, December 4.  In fact, it was many visitors.  More than a dozen dogs rescued from South Korea landed in the evening.  These dogs had been rescued from an illegal dog meat farm in Jeonju and taken to rescue shelters in the US.

Humane Society International and Richmond SPCA made this possible. Different dog breeds were taken to San Francisco first to get their vaccinations and go through a period of quarantine.  They were taken to Virginia after that.  Upon arrival, staff members from Richmond SPCA received them.

“They are some of the most fortunate dogs on the planet,” Richmond SPCA CEO Robin Robertson Starr said.

“The conditions in which they’re kept in a dog meat farm are horrific and the treatment is incredibly abusive.”

This is the first international mission from Richmond SPCA. Starr said that dogs were aggressive for the trauma, and will be seeing a veterinarian and put under behavioral analysis.  Some other dogs have stomach bloat and their conditions were very poorly. The pups will be placed for adoption after this.  Starr hopes for the first dogs to be fully recovered and available for adoption in the following weeks.

These dogs rescued from South Korea are only a small lucky group that made it out.  However, Humane Society International has rescued 540 South Korean dogs from brutal confinement since 2014.  It is their mission to end dog meat trading in South Korea by closing down dog meat farms. Besides this, they offer an alternative of growing crops by providing South Korean farmers with the necessary funds. The alimentation of the dogs is very poor and the conditions are terrible.

There have been great advances on this matter.  There has been growing awareness and activism against China´s Dog Meat Festival.  This is bringing them closer to end the inhumane event.

These dogs will be put in adoption very soon.  If you would like to know where to find dogs for adoption, follow us here in Dogalize.  Your next best friend might be waiting for you.