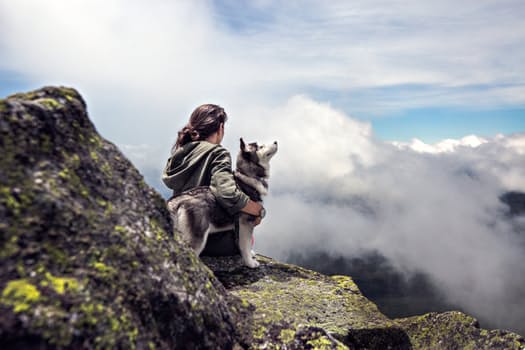 If we talk about celebrity dogs, of course, Kuma von Clifford features the list.  This amazing Aussie/Husky mix dog has been featured in a large number of commercials, TV shows, movies, and infomercials.  This dog trained skills are so amazing that film directors get pretty impressed with what they see.

Rescued from a shelter

Kuma, as he is best known, was a rescued dog by his owner, Sarah Clifford, from a shelter when he was a puppy.  Sarah first saw Kuma on an online picture and it was love at first sight.

“I was online and saw a photo of a very cute puppy chewing a toy, whose sad brown eyes pierced into the camera lens (and into my heart) asking me to take him home,” Sarah tells.

That same weekend, Sarah drove to the dog shelter in South Carolina to meet what she calls her “dog soulmate“.   Kuma was at about 9 weeks old and having a rough time.

It is without a doubt that adopting Kuma, was a life-changing decision for Sarah.

Kuma has appeared in several shows and movies about dogs.  He is mostly known for An American Crime (2007) and Cop Dog (2008).  Fans dearly remember him for his role as Stan in the first five episodes of Disney’s TV show Dog with a Blog (2012).  Sarah pulled out Kuma from the show as she considered that the job was too demanding for his age, in order to avoid future diseases.

His most recent appearance was on Nickelodeon´s Mutt and Stuff (2015) where he played Grandma for 38 episodes.   His resumé includes several TV commercials where the dog is pet by different actors. He landed his first job at age 2 and has been active ever since.

Where is he now?

This impressive dog, who knows at least 95 different tricks, trained exclusively by his owner, lives on a farm in South Carolina.  He drives himself as a normal dog where he interacts with all kinds of animals. And she feeds him with the best nutrients, including homemade dog food that Kuma loves.

He is a gentle dog who loves to eat and play around with horses, birds, and bunnies, and never has showed aggressive behavor. According to his owner, his favorite activities are hiking and, most of all, eating!

Join us here at Dogalize to learn how to take good care of your dog.  He considers you his everything, so treat them as if he were yours.