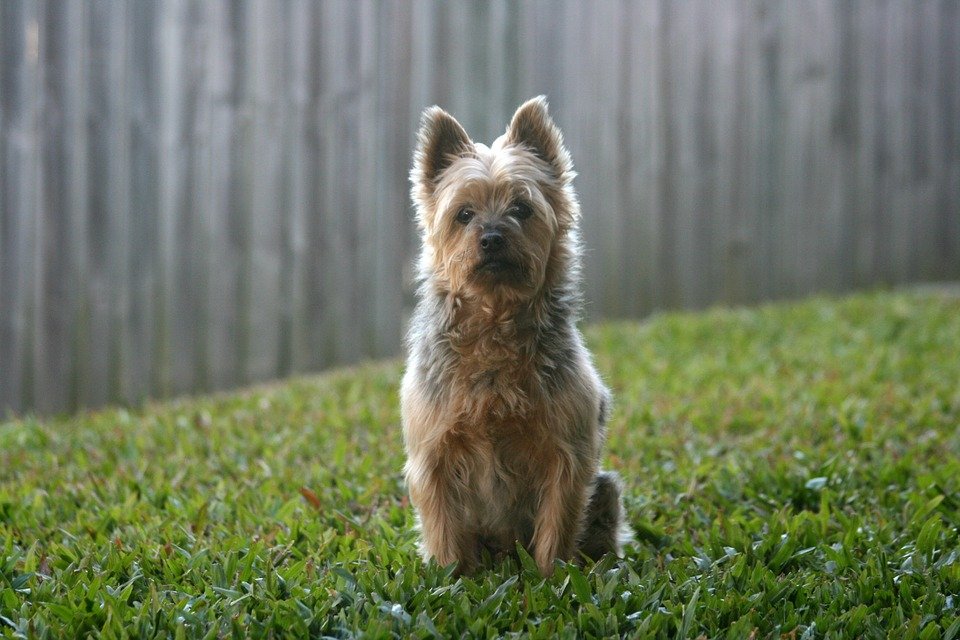 The Australian Silky Terrier is an exquisite combination of love, confidence, and toughness.  All in one small sized dog that does not usually get past 10 pounds.

The Australian Silky Terrier originated in the 1890s in Australia as a result of the cross between Australian Terriers and Yorkshire Terriers.  The breed was initially known as Sydney Silky since they were only found in Sidney, Australia.

Until 1929, this breed was confused with the Australian Terrier and the Yorkshire Terrier as their characteristics had not been clearly defined.  In 1955, the breed was officially known as the Australian Silky Terrier.

During World War II, American servicemen in Australia brought back these dogs.  They became a sensation in the United States. This increased their importation from Australia.   The American Kennel Club recognized it as Silky Terrier in 1959.

The breed is a small one, reaching a height of 9-11 inches and weighing no more than 10 lbs.  They have very pointy heads and almond eyes.   The ears are almost erect.

The particular shape of his body obeys to the fact that the Australian Silk Terrier has been historically used for hunting snakes and rodents.  The particular feature is the long silky hair;  not too long as to touch the floor. The hair on the face should be trimmed away.

This is an intelligent, dynamic, friendly, and self-assured.  They love to be in the house and be a part of the family.  They will follow you all around the house.

Despite their size, these dogs will not back down from a fight.  They make good watchdogs as they will sound the alarm at the slightest invasion of his space.  True to their nature, they will follow and try to catch any small animal they see.

Caring for the Australian Silky Terrier

This dog needs training and exercising.  They require periodic shampooing and grooming in order to keep the coat silky.

Consider that this is a small dog.  They do not do well outdoors.  They are very social and like to be inside the house.  If kept outside, there is a risk of him engaging in a fight with a bigger dog.  Their small size makes them look like a prey to wild animals.

Since you are to keep this dog inside your house, crate training is important.  Since they are very smart, they will easily get the hang of the training.  However, you need to be consistent, otherwise, they will come up with their own rules.

For more information on how to better take care of your small, lovely pet, follow us in Dogalize.  As usual, you will find the most updated information and tips here.