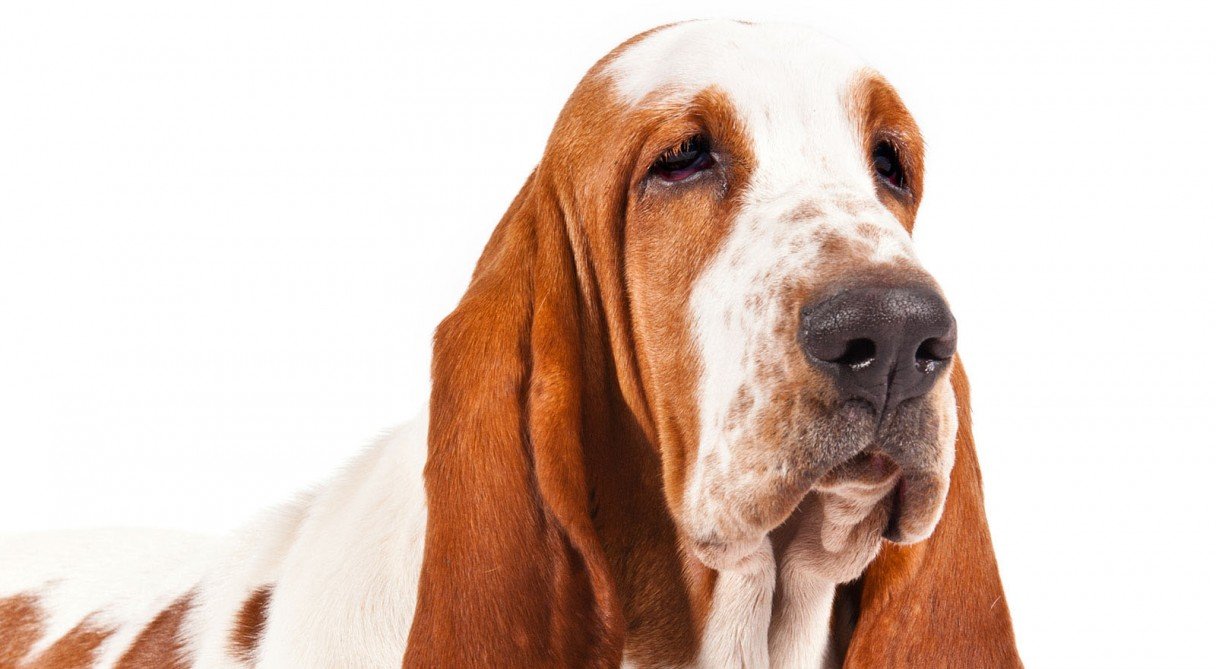 This short-legged buddy, member of the hound family, was created to help hunt small game such as rabbit. The Basset Hound comes in as a friendly fellow that loves kids.

It was the French who came up with this breed, at least in its modern version.   The breed was made to hunt hare and rabbits. Basset means “low” and it is a pretty accurate depiction of this breed.

It is thought that the Basset Hound is a direct descendant of St. Hubert’s Hound.  There was a mutated strain of the St. Hubert Hound that brought up short legs in the hounds.

The first Bassets came to the United States early in the 20th century.  They probably did come to America in colonial times. They became popular in 1928 when Time Magazine featured one on its cover.  But it entered strongly into pop culture in the 1960s with the Hush Puppy brand and the Fred Basset comic strip.

The Basset Hound is strong, long, and short.  They are shaped and equipped to follow a trail through harsh terrain.  Their hanging skin structure gives them a sad appearance, which some people agree, add to their charm.  The head is large and well proportioned.  However, the neck is wider than the head.

A Basset Hound normally weighs between 45 and 80 lbs.  Their short stature, caused by a form of dwarfism, makes them stand at no more than 14 inches.

There is a very low chance that a Basset Hound gets violent or frisky.  He is friendly, loving, and gets along with people and other animals.

Caring for a Basset Hound

Basset Hounds are usually very calm dogs that can do well in apartments.  They should be kept indoors and given access to the backyard.  They do not do well outdoors in the heat or cold.

These sedentary dogs would be happy just sitting under the sun. They do enjoy long walks, though.  When you take him out, put him on a leash as they will go after any interesting smell.

As a hound he is, the Basset does not respond too well to training.  You must be patient and consistent.   Use positive reinforcements a lot.  Be gentle as they do not respond well to harshness.

In Dogalize we have the most updated information on breeds and anything dog-related.  Follow us for the best tips and recommendations.