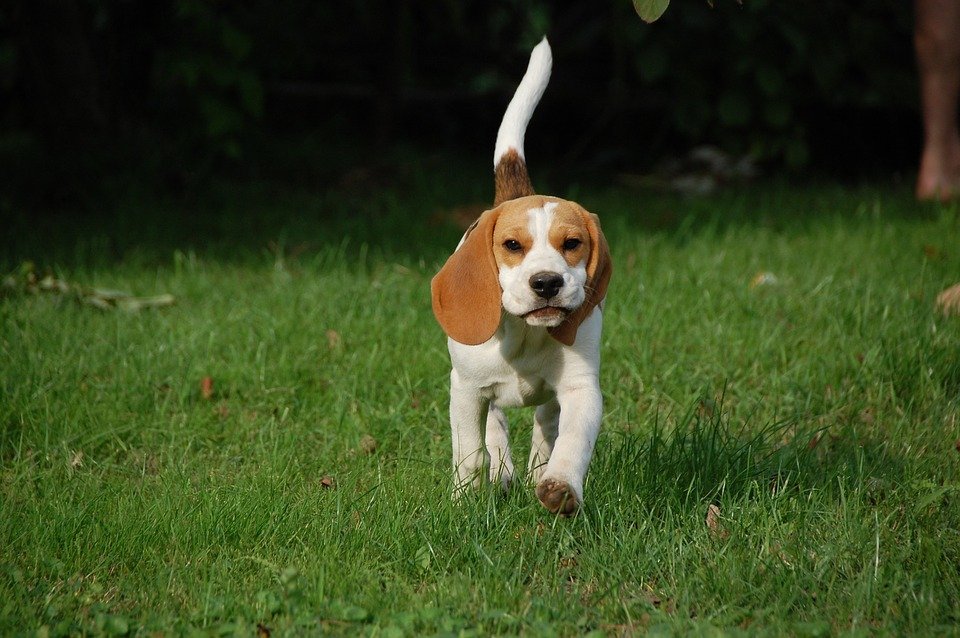 This small compact breed makes great companions for both kids and adults.  The beagle dog is a hound that shares a resemblance with the foxhound.

Around the 5th century in Greece, there were some dogs in similar shape and size as the Beagle dog.  Romans could have brought some rabbit-hunting hounds to England back then.  The truth is that the origin of this breed is pretty cloudy.

William the conqueror brought the Talbot hound to England in the 11th century.  These were crossed with Greyhounds, probably giving origin to the Southern Hound, which is thought to be the direct ancestor of modern-day Beagles.  It was not until the 19th century when the Beagle dog truly developed.

These beautiful dogs are like a miniature version of the Foxhound.  Generally, they are between 13 to 16 inches tall and weigh between 17 and 35 lbs.

The most common coat color for the Beagle dog is white and tan.  Probably the most notorious feature of these dogs is their powerful sense of smell.   They have one of the most developed senses of smell among all breeds.

Like with every other dog, socialization of this dog is important for its development.  This is a pretty funny, sweet, and gentle dog. It will definitively give you many laughs.   However, it can also cause some issues of naughty behavior.

Caring for a Beagle dog

If you plan on getting this dog, you will need a fence on your yard.  Do not take this pet unleashed on an open space.  This breed has a developed scent and will go after an interesting scent.  Always make sure he uses a microchip or an identification tag.

A teenage Beagle will enjoy jogging with you.  As they grow older, they will grow lazy.  Since this is a breed that is very prone to obesity, do not encourage sedentarism.

This dog bays a lot, so make sure you are aware of this.  Many beagles have ended in rescue homes due to owners or neighbors not standing the noise.

You must train a Beagle dog in obedience.  They are willing to do pretty much anything for a good treat.  Use positive reinforcement always as this dog will simply shut down at harsh treatment.

Housetraining is pretty difficult to achieve.  Some Beagle owners say that his can take up to a year.