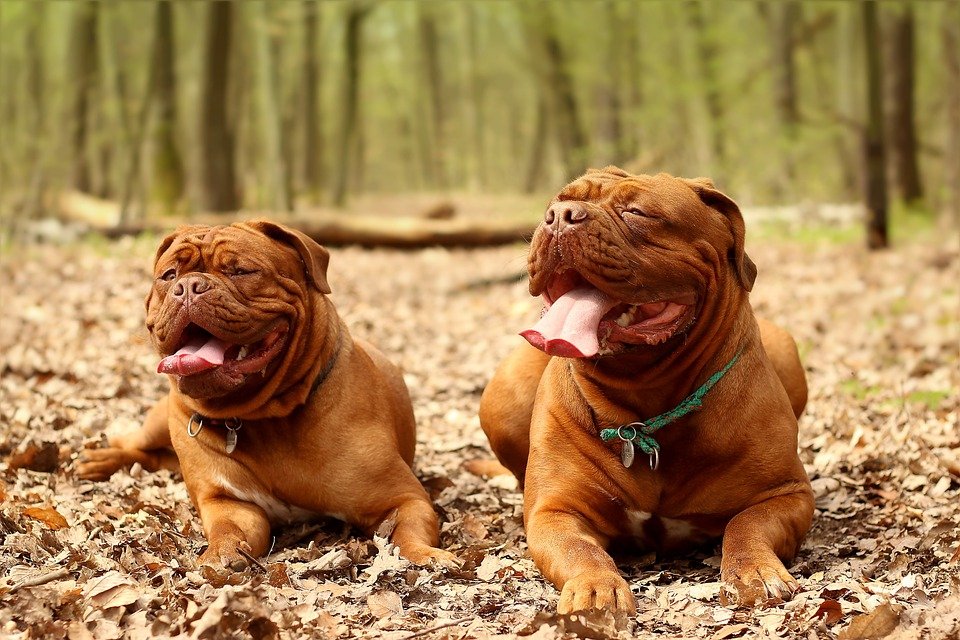 The Dogue de Bordeaux breed is one of the oldest French dogs.  It is a muscular and strong Mastiff breed that has been put to work in many tasks that call for a powerful dog.

Some state that the breed claims kin with the Bullmastiff and the Bulldog.  But others say that both the Mastiff and the Dogue were developed at the same time.  The American public became interested in this breed after the movie Turner and Hooch, where Tom Hanks’ character had a DDB.

These dogs have a characteristic massive head, the largest in proportion to his body in the canine world.  He weighs at least 110 pounds.  The Dogue de Bordeaux breed stands from 24 to 27 inches.  Females stand from 23 to 26 inches and at least 99 pounds.

Loyalty, affection, and protection are some adjectives for this dog.  They fear at nothing but they are very gentle.  This is a courageous dog but it is not aggressive.  They love to spend time with their family and are affectionate with kids.

Caring for a Dogue de Bordeaux

The Dogue de Bordeaux is not a very active dog.  Some backyard romp and a couple of walks per day should be enough to keep him busy.  They drool a lot so prepare yourself for that.  The coat is thin and soft to the touch and requires minimum grooming.

You will require consistency and patience to train this dog. Always use positive reinforcements and be patient.  Socialization at an early age is important to prevent him from becoming aggressive towards other animals.

There are no major health issues associated with the Dogue de Bordeaux.  Their life expectancy, though, is shorter than the average already-short life expectancy for similar large dogs.  According to the Dogue De Bordeaux Society of America, their life span is 5 to 6 years.

Learn more about this and other breeds here in Dogalize.  You will find useful information and tips on how to better take care of your four-legged friend.