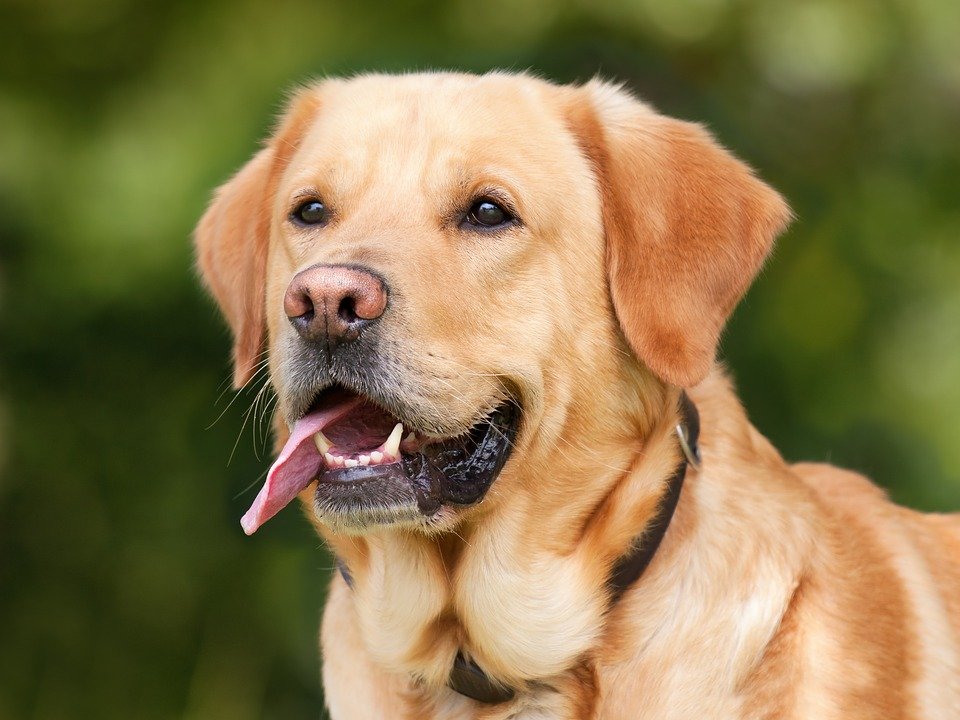 The Labrador Retriever dog is a gentle and loving companion.  He is also a hard worker as his ancestors used to be a fisherman’s right hand.  Today, they are the most popular breed in the United States.

The Labrador Retriever dog originated in Newfoundland, off the northeastern coast of Canada.  In the beginning of the 1700s they worked as helpers to the local fishermen.  The breed was originally known as St. John´s dogs and many believe that he was crossed with the Newfoundland Dog and other water dogs.

After World War II, the popularity of the Labrador increased.  In 1991, they became the most popular dog breed in the United States and has been so ever since.

There are many varieties of the Labrador Retriever dog.  However, there are some physical characteristics that they share.  They are a medium-large breed.  The water-resistant coat is short and dense.  His head is broad and has lightly pronounced eyebrows.

Labrador Retrievers are registered in three colours: black (a solid black colour), yellow (considered from cream to fox-red), and chocolate (medium to dark brown). Some dogs are sold as silver pure-bred Labradors, but purity of those bloodlines is currently disputed by breed experts including breed clubs and breed councils. Some major kennel clubs around the world allow silver Labradors to be registered, but not as silver. The Kennel Club (England) requires that they are registered as “Non-recognised.”

Occasionally, Labradors will exhibit small amounts of white fur on their chest, paws, or tail, and rarely a purebred Lab will exhibit brindling stripes or tan points similar to a Rottweiler. These markings are a disqualification for show dogs but do not have any bearing on the dog’s temperament or ability to be a good working or pet dog.

This dog is very friendly, loving, caring and one of the most sweet-natured dogs.  They honor their name as if they find a trail, they will not give up until they find the source. Although they will sometimes bark at noise, especially noise from an unseen source (“alarm barking”), Labradors are not likely to be noisy or territorial. They are often very easygoing and trusting with strangers and therefore are not usually suitable as guard dogs.

Caring for a Labrador Retriever dog

The Labrador Retriever dog is not a backyard dog but prefers to be around his family. However, his attitude might change if he is left alone for too much time.

They need physical activity and play time.  Take him out for a 30-min walk.  Play fetch or any other games.  Please note that these dogs will never stop doing any activity as they are considered “workaholics”.  You should be the one putting games to an end.

These are pretty intelligent dogs.  Basic training should not be a problem.  As with any dog, always provide positive reinforcement when training.

Visit our website here in Dogalize and learn about this and more other dog breeds.  We have professionals ready to help you if you have any doubt.