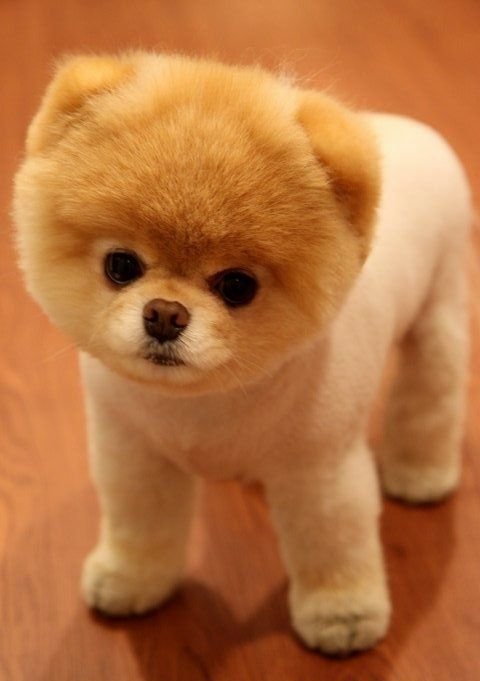 The Pomeranian dog is named after Pomerania, a region in Central Europe, and he’s also known as the Pom or Pom Pom. Pomeranians come from larger breeds of herding dogs known as Spitz breeds, that originated in the Arctic regions.

These dogs are considered a toy breed because of their small size. They can be as high as 5.0 to 11 inches and weigh 1.9–3.5 kilograms. They have an abundant textured coat with a highly plumed tail set high and flat. The Pomeranian dog comes in the widest variety of colors of any dog breed, but most commonly he appears with black, orange, and tan colors.

The Pomeranian is a playful and energetic dog. He is very friendly and he’s a loyal companion: very protective and love being around his owners. He’s also intelligent, indeed he responds well to training and is well-suited for human companionship. The Pomeranian’s desire to please his owners makes him one of the most popular breed of pet dogs in the United States, in common with the Labrador Retriever.

Luxating patella and tracheal collapse are two health issues in the Pomeranian breed. More rarely, he can also suffer from Alopecia X (hair loss), a skin condition also called “black skin disease”. This is a genetic disease which causes the dog’s skin to turn black and lose all or most of its hair.

The Pomerian dog was owned by royalty since the 18th century, in fact he was made famous by members of the royal family, such as Queen Victoria in 1891. However, a number of other notable figures throughout history are said to have owned a Pomeranian, including Martin Luther, Sir Isaac Newton, Michelangelo, and Mozart.

Stay with us here in Dogalize to learn more ideas and tips on how to look after your pet.  We are a community devoted to keeping you informed and well documented.