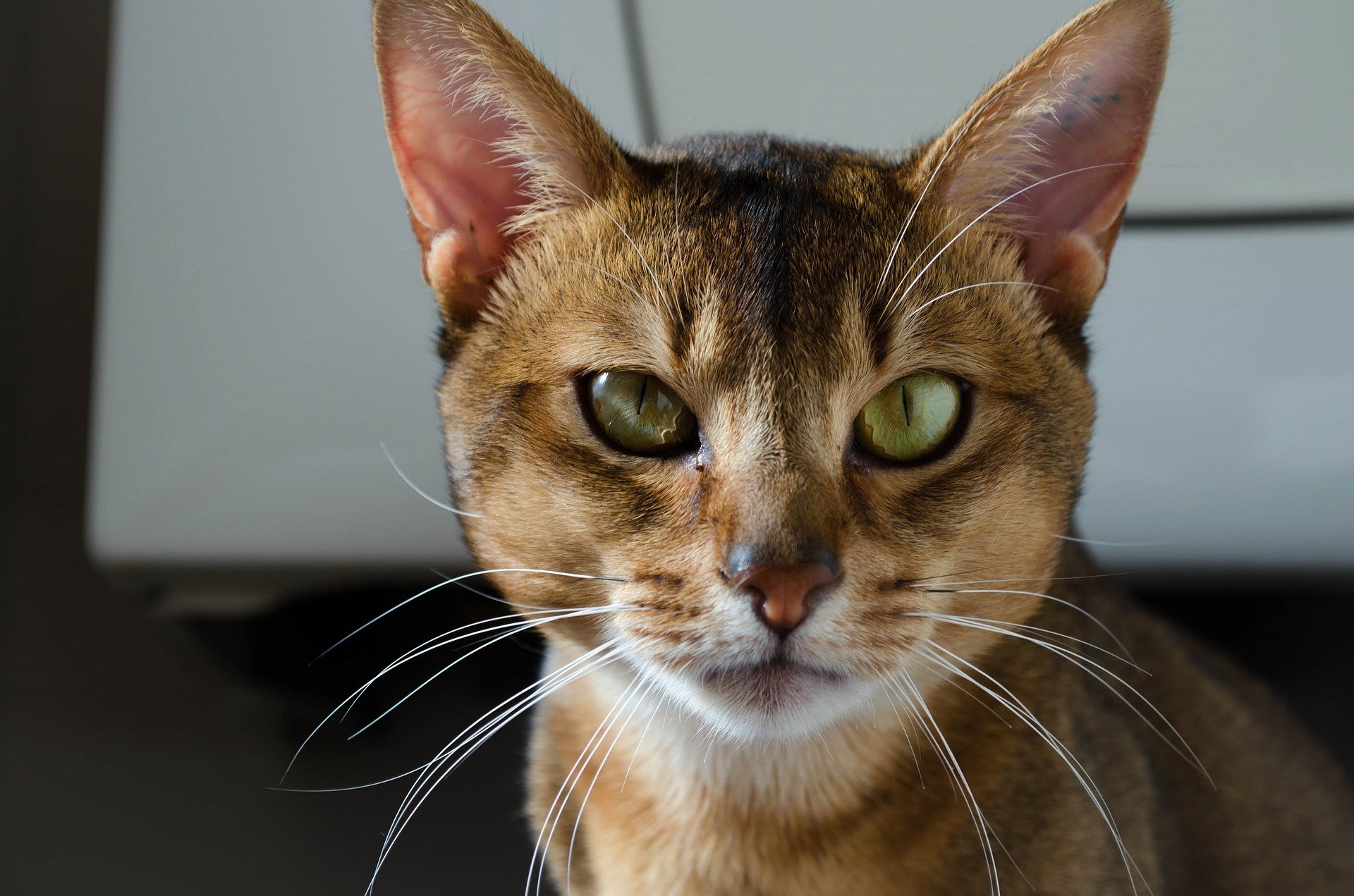 The Abyssinian cat is a domestic short-haired cat, named after the city of Abyssinia, Ethiopia. It was once thought that this empire was where he originated but studies revealed that he originated in Egypt. This cat breed, very popular in the United States, loves heights and will appreciate having the tallest cat trees.

There are no records of where the Abyssinian cat originated. Speculations say that it was the cat of the Pharaohs and is the result of the crossing between silver and brown tabbies with cats having “ticked” coats. This crossing and later development of the breed took place in Britain. The first record of this cat breed goes to January 27, 1872, on a paper for Harper’s Weekly. This column described the third place won by an Abyssinian cat at the Crystal Palace Cat Show in 1871.

This is a medium-sized cat with pointy ears and a moderately wedge-shaped head. The eyes are beautifully almond-shaped and can come in green, gold, hazel, or copper.  The coat is fine, silky to touch, and short. This coat is typically colored in deep reddish brown with black ticking.

The Abyssinian breed can weigh anywhere between 6 and 10 pounds.

This cat is a very active one. He loves to climb to heights. To this cat, the higher, the better. They are very intelligent cats that love to play and have fun. This cat sometimes seems like he never sleeps. He is very active and needs to be constantly exercised.

He loves to be the center of attention so he will do his best to get it. Inside the house, he is a very inquisitive feline. They really like to lay whit their owner.

Caring for an Abyssinian cat

One important characteristic of the Abyssinian cat is his coat. Comb it every week to remove dead skin and to better distribute natural oils. You should perform the usual cleaning routine that includes eye cleaning, nail trimming, teeth brushing (at least once every week), ear checking.

It is best to keep your Abyssinian cat indoors, both for his own security and to avoid being stolen by someone who would love to have such beautiful pet at home.

In Dogalize we have the best tips and tricks to take better care of your pet. Follow us to get more information.