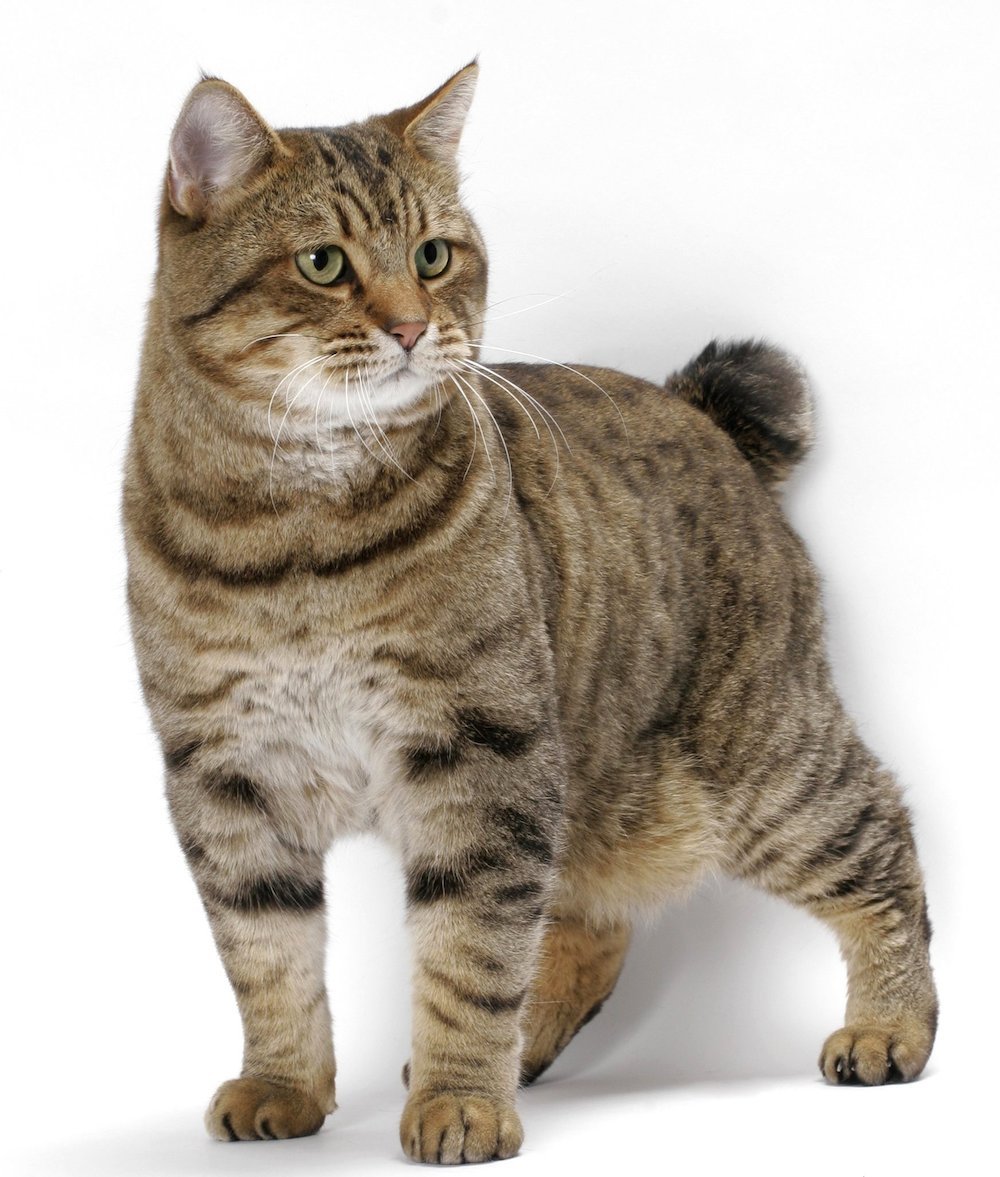 The American Bobtail cat is an uncommon breed whose most typical characteristic is the one that honors his name: a short tail. Besides this, this cat has a very distinctive wild look. They are loving cats with an impressive intelligence.

The American Bobtail cat developed through natural selection, at least initially. Their short tail is the result of genetic mutation. In the 1960s, John and Brenda Sanders went on vacation to Arizona and acquired this short-tailed kitten and named him Yodi. They crossed him with Mishi, their female cat. All of their kittens were born with short tails which gave a clue that the trait was dominant.

They then bred these kittens with other cats with short tail throughout the United States and Canada. They selectively bred them to make the resulting cat big, sturdy, and sweet-tempered.

The International Cat Association officially recognized the breed in 1989 and gave him full recognition in 2012.

The body of the American Bobtail cat is somewhat long with a rectangular stance. The short tail can be straight or curved and is visible while he is an upright position. They are strong and usually weigh 8 to 13 pounds.

One of the most striking characteristics of the American Bobtail cat is its high intelligence. These cats have the ability to escape from closed spaces and even from cages. They are devoted to their family, moderately energetic, playful, and social. They will smile at strangers and follow their owners everywhere.

This smart cat enjoys puzzles and games that challenge his intelligence. He is not too vocal but will certainly let you know how he feels through meowing and purring.

Caring for an American Bobtail

The American Bobtail cat sheds more during spring and fall. So, frequent grooming is recommended during those months. Don’t forget to trim his nails. Bathing is rarely necessary. Keep a clean litter and, preferably, keep your cat indoors.

Here in Dogalize we have plenty of information about cat care. Follow us and get tips and tricks on everything about cats and cat-related.