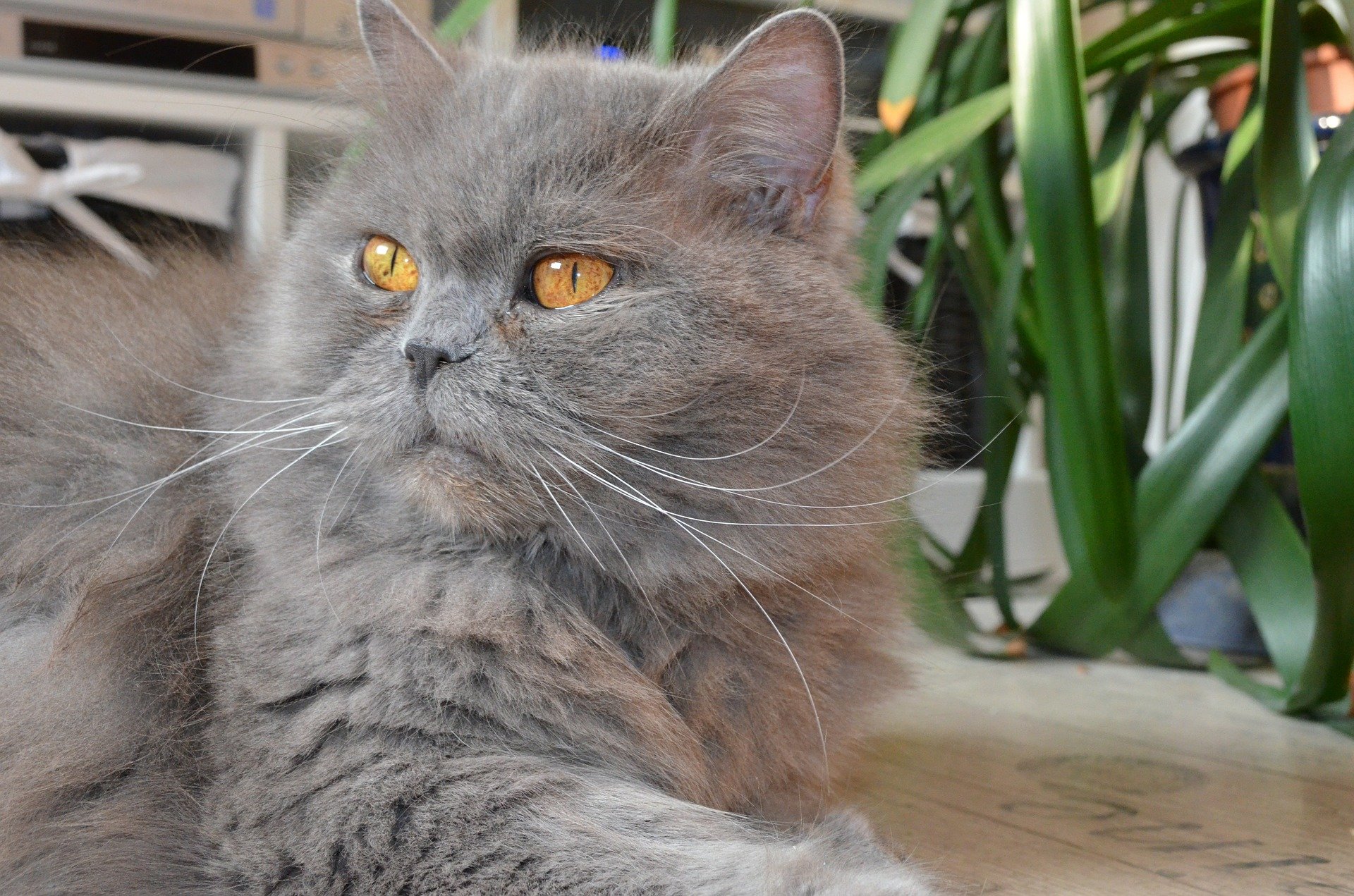 What we probably love the most about the British Longhair cat is his chubby face. This medium-sized, semi-long-haired, domestic cat is a sturdy teddy that makes a great family pet.

Despite its British origin, no British cat fancy organization in the UK recognizes him as a separate breed.

The coat of the British Longhair cat is lustrous. It is pretty much the same as the British Shorthair. His legs are short and strong. They can come in a large variety of colors. A British Longhair can be white, black, red, cream, chocolate, blue, lilac, fawn, or cinnamon. But they can also come in diverse patterns. These patterns might include bicolor, smoke, self, tortoiseshell, tabby,  tipped, and color-pointed.

These cats are usually laid back and gentle. With a happy personality and good sense of humor, these cats will love you and make you great company. Once you get a look at that “Chesire” smile, he will conquer you with their love. They are quite social cats and pretty talkative.

Caring for a British Longhair cat

If you decide to bring a British Longhair cat home, know that all the love and cuddles might come with a price. Since their hair is long, you will need to invest some time in their coat. So, you must groom his hair several times a week to keep it silky and smooth.   Besides this, you must know that they shed a lot. When you brush them, prepare yourself for wads of hair.

Here in Dogalize we know you love cats and can´t get enough of them. Like with any other pet, taking proper care for them is pivotal to their sound development. Contact us for more information on how to take care of your feline companion.