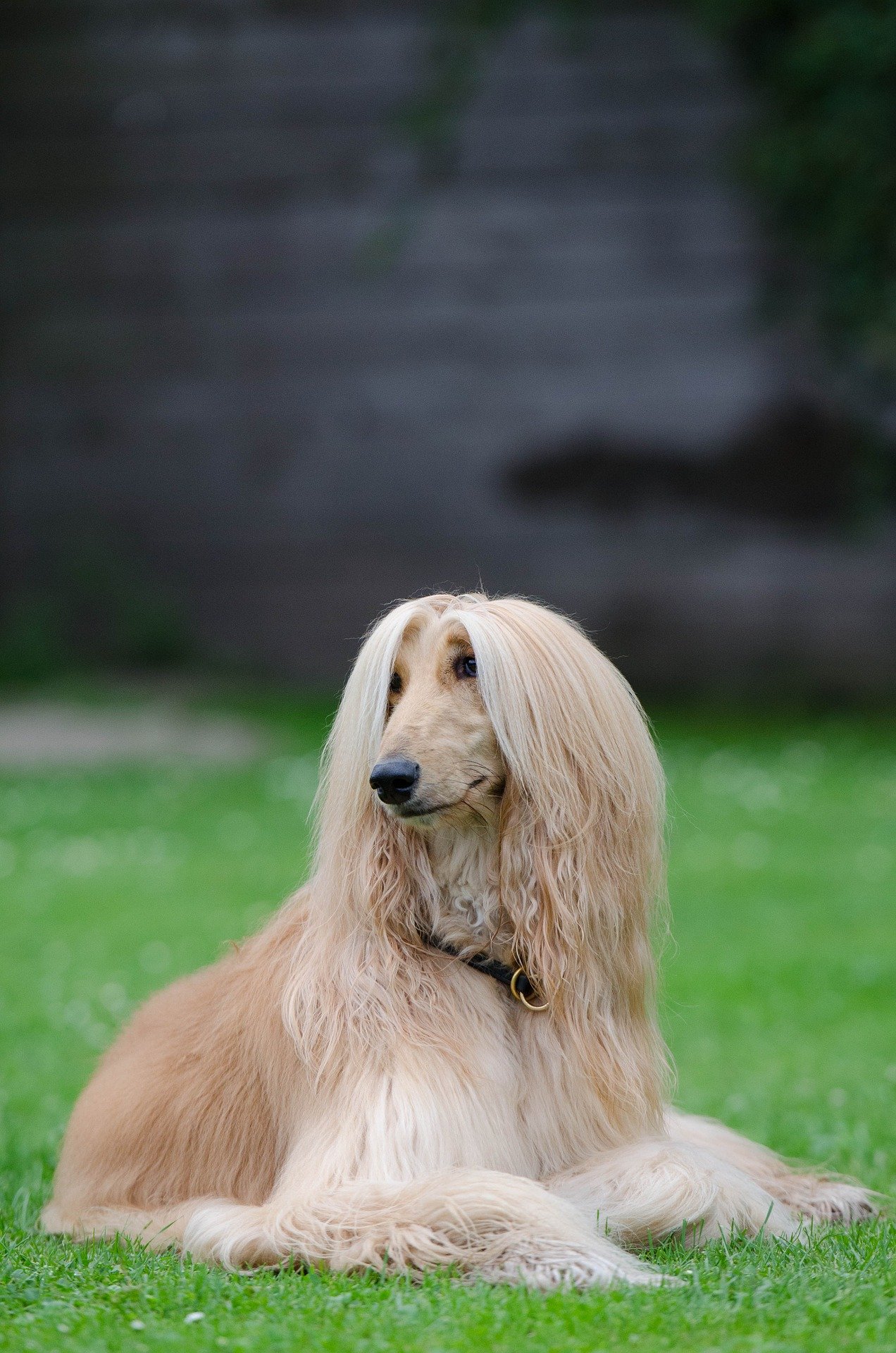 The Afghan Hound is an elegant breed. It has unique physical characteristics that make him look almost like a model. This ancient breed has a silky coat like no other and a particular and exotic face. The Afghan Hound dog is original from Afghanistan, where it was originally known as Tazi.

The Afghan Hound dog is original from Afghanistan. The origins of this breed are certainly not fully known. The modern version is thought to have ancestry that goes back several thousands of years. A theory states that the dog originated in the Middle East and went its way through Persia into Afghanistan. It is there where the breed developed its characteristic coat, to protect itself from the cold.

Outside of Afghanistan, there are report of Afghan Hound dogs taking part in the UK Kennel Club shows. Army officers brought several sighthounds to England.

In 1925, Afghan hounds were transported from an English officer stationed near Kabul into England. Then they made their way to America. The American Kennel Club recognized the breed in 1926.

The Afghan hound dog is a large dog with a characteristic coat. This coat can have any color, but not particolored. Some species have a black facial mask. The particular tall hips and a small ring at the end of the tail are characteristic of this breed.

The males are around 27 inches tall while the females stand at around 25 inches. The males weight about 60 pounds and the female’s weight is about 50 pounds.

This dog is dignified and has a strong will. It has a mind of his own as whenever he wishes to be playful, he is, but only when he feels like it. He will only be fond of one person or one family. They will totally ignore any visitor at your home, so do not expect him to greet your friends or let them pet him.

Some of them might bark once or twice at the presence of strangers, but then that would be it. This makes them terrible watchdogs.

Caring for an Afghan Hound Dog

The Afghan Hound dog was originally used for hunting. They would run and hold prey for their owners until they would catch up. All of this means that these fellas run fast, very fast. They are very active dogs that need daily exercise. Preferably, keep him inside the house.

Place them on a backyard with a large fence. These are master escapists and you can try to go and catch him but you will fail miserably as an Afghan Hound can run faster than horses!

Training an Afghan hound is a challenge. Since they are independent and do not need or want your affection, positive reinforcement to cement a behavior will not work too easily. Even when you think he mastered a behavior, whenever the hound decides not to collaborate, he will embarrass the most skilled trainer.

Stay in touch with us in Dogalize to stay up to date with important information about this and other breeds. We have everything related to dogs and dog care.