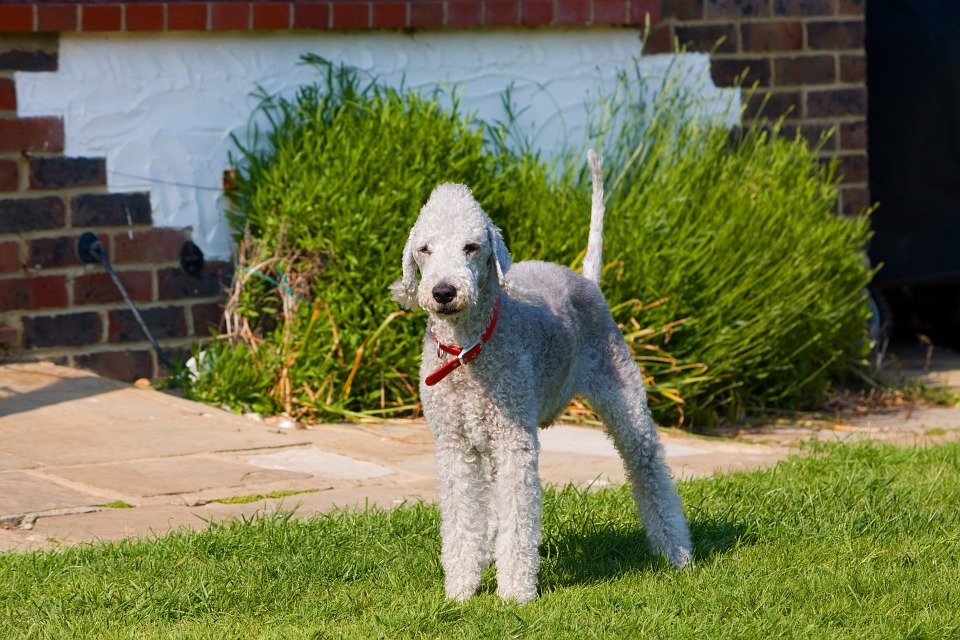 The first thing that calls your attention about the Bedlington Terrier dog is his unique coat that makes him look like a lamb. However, this is as far as it goes because this pooch is very active, inquisitive, playful and all the other typical characteristics of a Terrier. These dogs were designed as hounds and pouch assistants. Their hunting skills are still intact but they are rarely used in the field.

The Bedlington Terrier dog was developed in the village of Bedlington in Northumberland, England. Nobody knows for sure where they truly originated from. They were originally called Rothbury Terriers or Rothbury’s Lamb. That name comes from Lord Rothbury’s particular liking of the dog.

The Bedlington Terrier resembles a lamb. Although they are mostly found in white, they can also have blue, sandy, or liver coloration. They are from 16 to 17 inches tall and their weight, which can be from 17 to 23 pounds must be proportional to the height.

The Bedlington Terrier is alert and energetic. He loves to do silly stuff for his owners as he loves to be the center of attention. He is usually aggressive towards other dogs of the same sex. If he sees a small animal, he will go after it.

Caring for a Bedlington Terrier dog

Bedlington Terriers are moderately active. They can live in a small apartment as long as they have enough space to exercise. This is not a dog to keep outside in a backyard.

Due to his intelligence, the Bedlington Terrier is moderately easy to train. Train him in obedience. This is best done when you are able to persuade him that it is his idea or for his benefit. Use positive reinforcements to cement a behavior. They do not respond well to harsh treatment.

In Dogalize we have all the information you need to take good care of your pet and show him how much you love him. Contact us for more information.