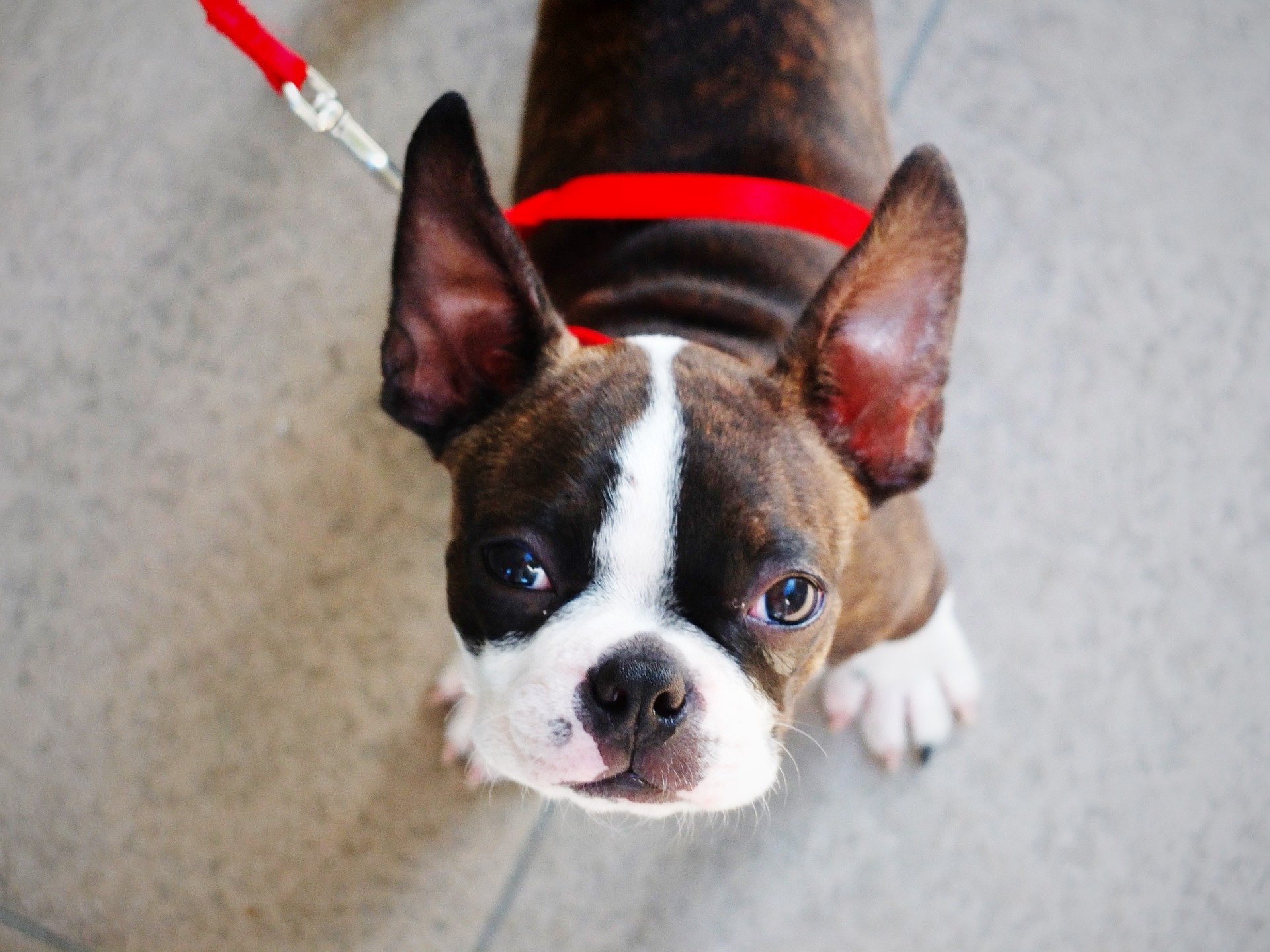 The Boston Terrier dog is an American dog created over a century ago. This “American Gentleman” has been popular ever since. Originally, they were built to be fighting dogs. Today, they are the 23rd most popular dog in the United States.

The Boston Terrier dog originated in the United States in the late 19th century, namely around 1870. There is no discussing that. The story of how he originated are a bit blurry. Probably the most accepted one is about Robert C. Hooper, who imported Judge a dog that was a Bulldog/English Terrier mix in 1865.  Yet another story says that Hooper bought it from a Boston resident in 1870.

Judge was bred only once to a white dog name Burnett’s Gyp (better known as Kate). The result was a dog that even though was not too good-looking had other admirable attributes. The AKC officially recognized the Boston Terrier dog a breed in 1893.

The Boston Terrier dog is a well-proportioned and compact dog. Traditionally, the coat is predominantly white with a proportional distribution of black, seal, or brindle. A combination of the three is also acceptable.  Their tuxedo-like appearance gave them the name “American Gentleman“.

According to standards, they should not be heavier than 25 pounds and stand at 15-17 inches. The AKC classifies them into three types: under 15 pounds, 15 pounds and under 20 pounds, 20 pounds and no more than 25 pounds. They are not considered terriers but part of the non-sporting group.

This fella is friendly, lively, smart, affectionate and with an even temper. Their sense of protection towards his family can make him aggressive to strangers or other animals.

Caring for a Boston Terrier dog

The Boston Terrier dog does not have excessive exercise requirements. They are medium energetic. He is an indoor dog. Keep in mind that he cannot handle heat and cold very well.

Boston Terriers will shut down if you act harshly on them. This is why training should be low-key, fun and motivational. Use positive reinforcements to cement the desired outcome.

Follow us in Dogalize to get the best tips and tricks to treat your dog nicely. We have many resources to ensure you and your furry friend a happy life together!