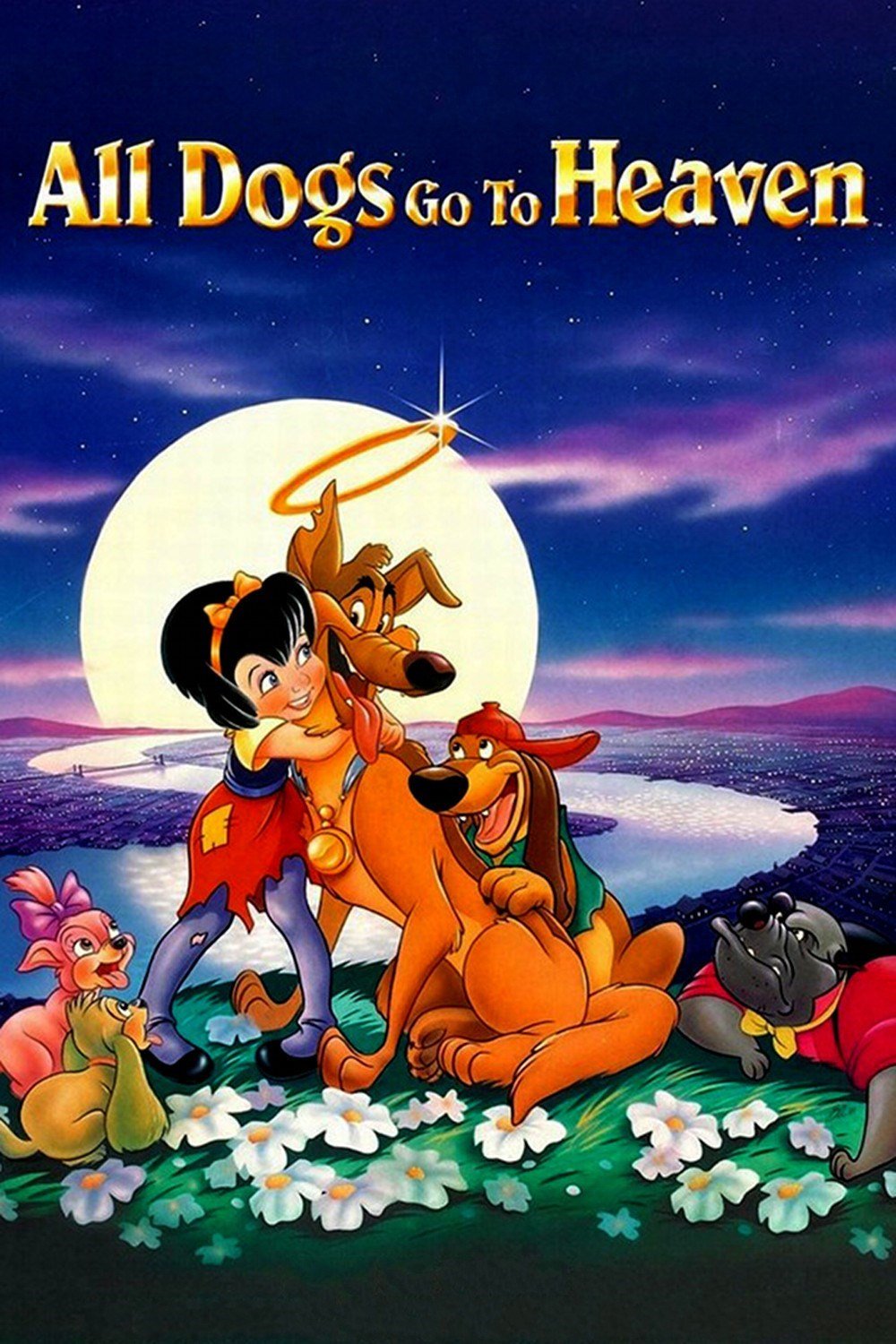 All Dogs go to Heaven

All Dogs go to Heaven is an animated musical released by United Artists and Goldcrest Films in 1989. It is a film about values, love, vengeance, and redemption. The film was produced and directed by Don Bluth.

This musical comedy-drama tells the story of Charlie B. Barkin, a German Shepherd murdered by his former friend Carface Caruthers. When he is set to go to heaven (establishing that there is a heaven for dogs), he forsakes his place and comes back to get back at his killer. This, despite the warning that doing so will condemn him to hell.

When he returns to Earth, he teams up with his friend Itchy Itchiford and finds out that Carface has imprisoned Anne-Marie, a girl with the ability to talk to animals. Carface is using her to rig the rat races outcomes and become rich. Charlie and Itchy rescue her and deceive her into using her abilities to help them get revenge on Carface. When Anne-Marie learns the truth, she threatens to leave.

After a series of events, Charlie is set between his life and Anne-Marie’s.

The dogs in All Dogs Go To Heaven

The main character is a German Shepherd mix, which is an altogether nice dog. Itchy Itchiford, Charlie’s faithful friend is a Dachshund. The antagonist Carface Caruthers is an American Pit Bull Terrier/Bulldog. He is a violent gangster who uses Anne-Marie to get rich.

Flo is a female Rough Collie, which is Charlie’s friend. Very noticeably, there is a Whippet angel, which is the one who receives all dogs that go to heaven. Killer, the dog with the spectacles is Schnauzer/poodle mix.

Here in Dogalize we love dogs and everything related to them, even movies. We know how much you care about your pet too. This is why we have for you the most updated information on pets and pet care.