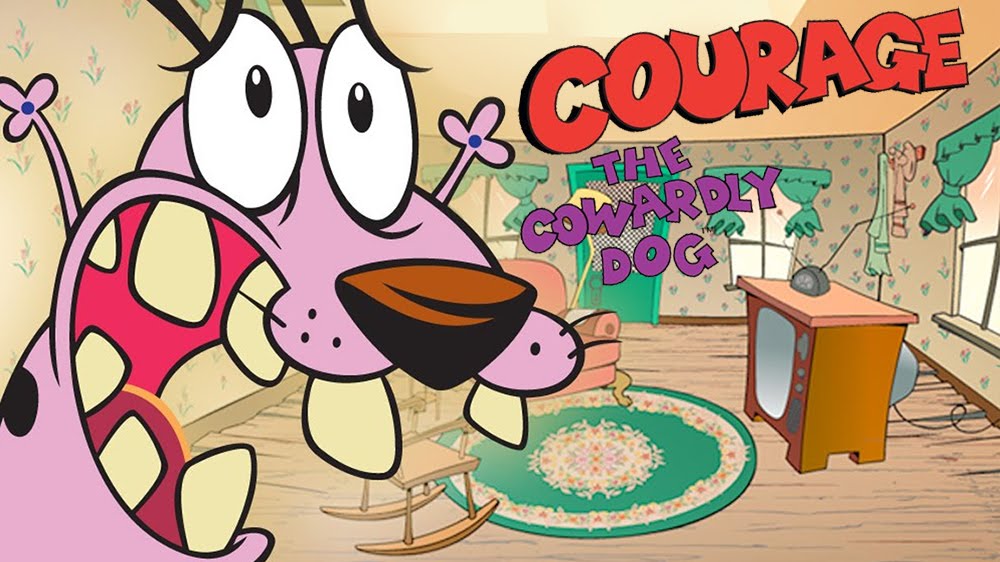 Courage the Cowardly Dog is a show that takes us back to the beginning of the millennium. We really had some fun times with the adventures (or more like misadventures) of the lavender beagle. This show kind of reminded us of Scooby Doo, except that Courage The Cowardly Dog nailed the entertainment and humor factor within a show that was supposed to be horror. Or was it not?

The show went on for four seasons on The Cartoon Network. There were 52 episodes and probably one of the things that we liked about it is that each one had two segments. These aired from November 1999 to November 2012. The show is classified as an animated horror comedy. The truth is that, being this an anthropomorphic dog and the bizarre situations he was involved in, we honestly feel that it was more humor.

Watching the show and enjoying all the mishaps of Courage and the two unbeknownst elderly was a delight. This, despite the fact that the show was basically dark with a surreal humor.

So, Courage The Cowardly Dog tells all the weird situations into which, Coward, the main character, a lavender dog, always finds himself and the two elderlies he lives with in the most bizzare situations. The dog is easily frightened but yet he needs to face all these weird scenarios full of scares and bad things. As a baby, he was abandoned by his parents who were sent to space by a crazed vet.

Courage lives in a house with Eustace and Muriel Baggue in the middle of Nowhere, a fictional town in Kansas. During the airing of the show, Courage has had to face demons, monsters, aliens, zombies, mad scientist and any other unimaginable creature.

In Dogalize we know that you love your pets and would love to keep them forever. Follow us to learn more about dogs and everything related to them.