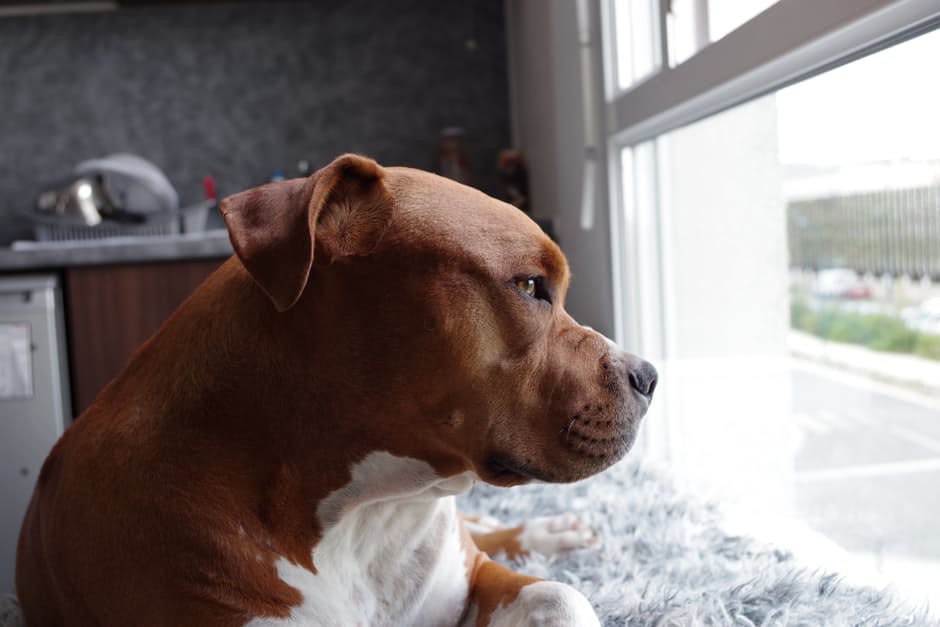 A woman and her dog just become viral, after a bunch of pictures posted on the social networks that show the rescued pit bull that just can’t separate from its new lifetime companion.

When the 20-year old Kayla met Russ the pit bull in a kennel, immediately she felt a connection. The dog was just staring at her with no moves at all, and she thought that she needed to bring him home, despite all injuries and sickness that the dog shown.

She took him just in time; unfortunately the kennel in which Russ was held was overbooked and some dogs needed to be put to sleep. Russ was one of them, as he was sick and thought to be a “dangerous” dog.

So, Kayla decides to bring Russ home with her. After a good wash, some cuddles and some rehab days, now both externally and internally Russ is a reborn dog. But he has a main characteristic that helped him to go viral; he just can’t let his Kayla go!

It doesn’t matters if Kayla is studying, showering, driving or dining; Russ has to be there, sneaking onto Kayla’s arms and keeping near her, not disturbing but cuddling. Amazing huh?

The pictures, snapped by Kayla’s brother, went viral and testify the endless link that happens between a human being and an animal. Each and every one of us has at least one soulmate waiting over there; why can’t it be a furry friend?

Share your dog love story with Dogalize, read some of them into our Blog and find activities onto our Dogalize Maps. If you need a product or a funny gift for your dog, just check the Dogalize Shop!