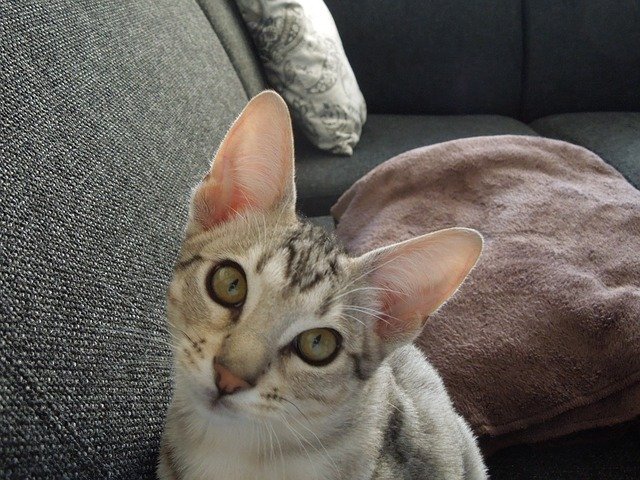 The Cheetoh cat is a very new breed created in the United States of America. It was developed through the crossing of the Ocicat and the Bengal cat. Their unique physical characteristics make them an exotic pet to own.

The Cheetoh cat came into existence thanks to Carol Drymon, who in 2001 started a breeding program crossing a Bengal and an Ocicat. She obtained a cat that looked wild in appearance, like a small-sized leopard or cheetah but still domestic. The very first litter of Cheetoh cats was presented in 2003.

In November 2004, the United Feline Organization recognized it as a breed. The International Cat Association has it listed as “Experimental New Breed Registry”.

They shed very little and are hypoallergenic. When they grow to be an adult these cats can grow to be larger than the Bengal and the Ocicat. They can reach a weight from 15 to 22 pounds.

The fierce look and appearance of a Cheetoh cat totally contrast with his sweet personality. He is a docile, gentle, and pretty sociable. They love to be in the company of humans all day long. These cats do not really enjoy being alone, so it is best to pass this one if you are going to be leaving him alone all day.

The Cheetoh cat makes an excellent lap cat. He is trustworthy, sociable, and gets pretty well with children and other pets. They are pretty attention-seeking and are so fond of playing that they will probably go up in the morning to wake up their owner to start playing.

Caring for a Cheetoh cat

As stated before, this cat demands a lot of attention. You should groom him at least once a week to remove any dead hair and prevent matting. He is known for being pretty vocal so you might hear some noise from this one, especially during the night.

Stay in touch with us here in Dogalize to learn more about other cat breeds.  So, go ahead and visit us and check out the many resources we have for you and your cat.